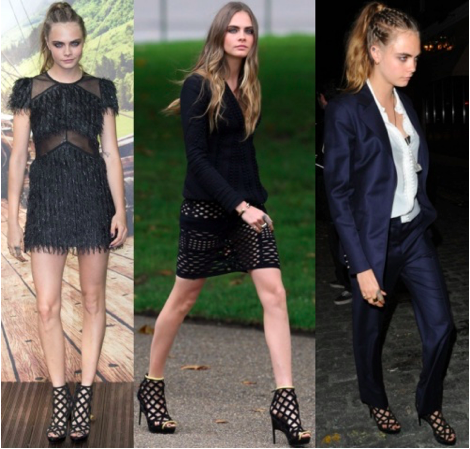 Cara Delevingne amped up the ante as she smoldered in Burberry and Louis Vuitton while out and about in London. The British supermodel and actress has decided to take a break from modelingto focus on her acting career. Lately she has been hitting the red carpet to promote her acting projects, instead of sashaying down the runway during fashion week.

At the world premiere of Pan, Cara was fabulously spotted in a sexy and sassy head-to-toe Burberry ensemble. She wore a slinky black frock with fringe details, short sleeves, strategically placed mesh panels, and a flirty sheer panel on the back. She swept her hair up in a high ponytail, which showed off her dark eye makeup and nude lips. The short length of her Burberry frock displayed her toned legs and sexy caged heels from the label. 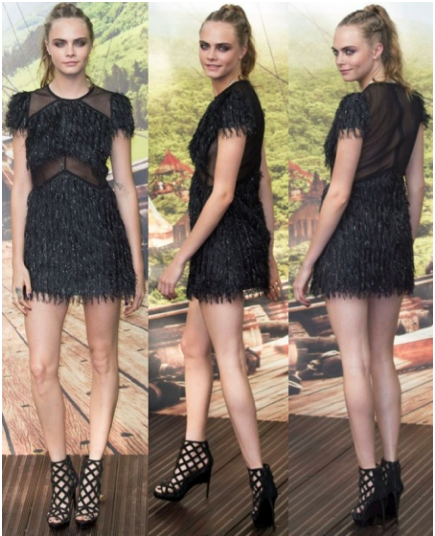 Cara Delevingne at the world premiere of Pan held at the Odeon Leicester Square in London, England, on September 20, 2015

During London Fashion Week, Cara stayed on the sidelines but still showed up in her sartorial best. She was seen at a party hosted by Louis Vuitton in a sexy yet sophisticated tailored suit from the label. Cara styled it with a high ponytail, dark eye makeup, nude lips, a white blouse, and a pair of caged heels from Burberry. 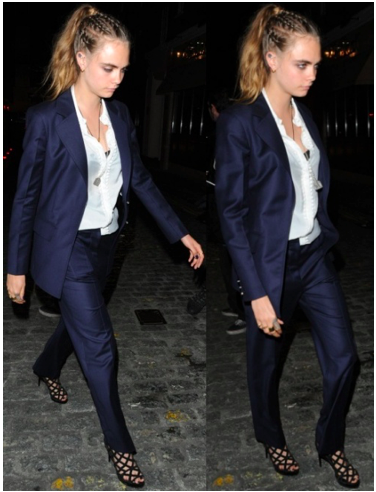 She wore the navy suit from Louis Vuitton’s fall/winter 2015 collection as seen on the runway: 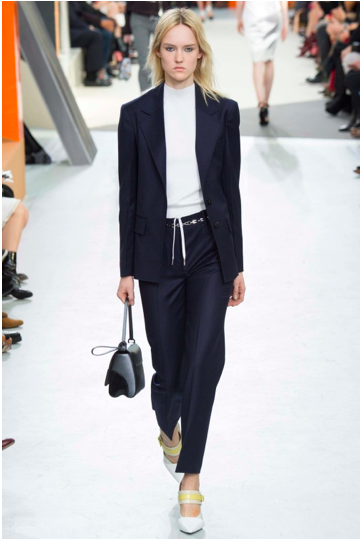 Cara was also in attendance at the runway presentation of thespring/summer 2016 collection of Burberry Prorsum. The It Brit served up her trademark sultry edge as she sat on the front row with her musician girlfriend St. Vincent. 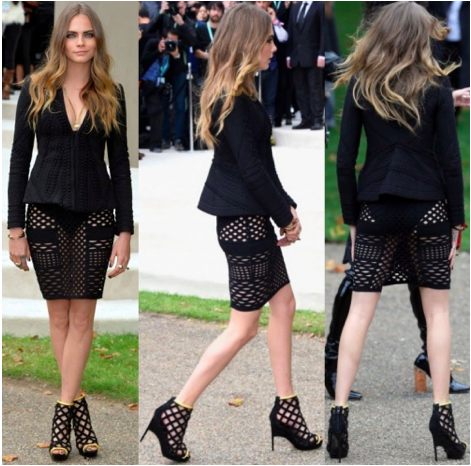 The 23-year-old stunner wore a tailored blazer with long sleeves and a low neckline. She paired it with a dangerously sexy mesh skirt from Burberry Prorsum’s newest line. Her finishing touches include a gold chain necklace, smoky eyes, nude lips, tousled waves, and caged booties from Burberry. 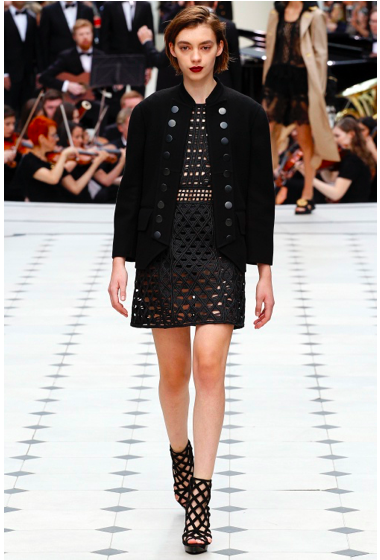 What do you think of Cara Delevingne’s looks? Which one is your favorite? 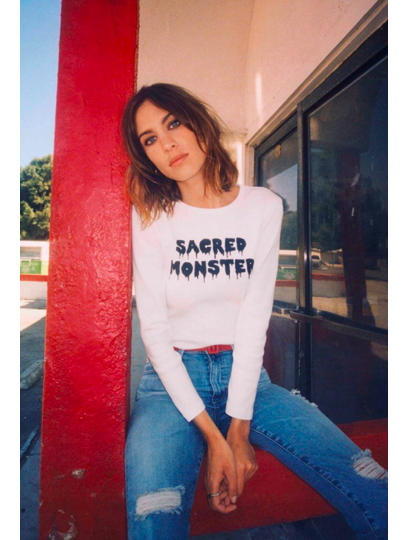 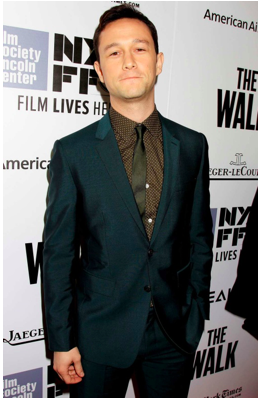 Joseph Gordon-Levitt Steals the Spotlight in a Green Burberry Suit