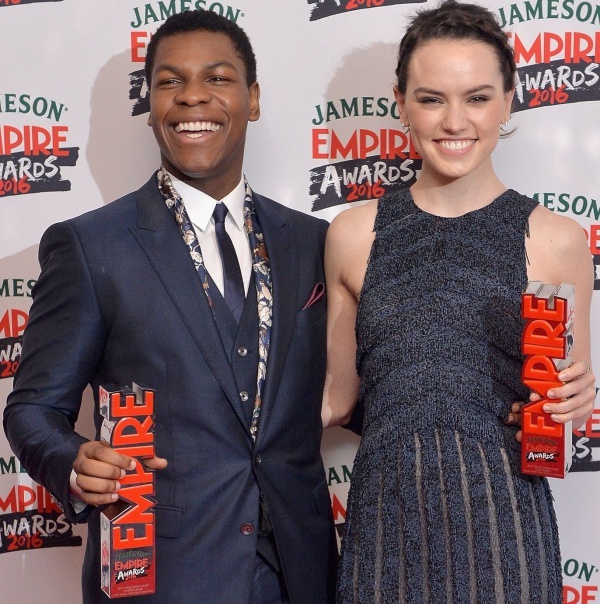 Daisy Ridley and John Boyega reunited at the Jameson Empire Awards 2016 in the most stylish and adorable way possible. The two British actors, who were co-stars in last year’s Star Wars: The Force Awakens, stepped out on the red carpet for the awards ceremony and later picked up their own trophies for Best Newcomer.

Both of them were all smiles as they accepted their awards and showcased their red carpet style. Daisy looked stunning in an embroidered dress from the spring/summer 2016 ready-to-wear collection from Boss. John, on the other hand, looked dapper in his suit from Dolce & Gabbana. They hammed it up backstage and showed everyone how much they truly appreciated their Jameson Empire Awards 2016 trophies. 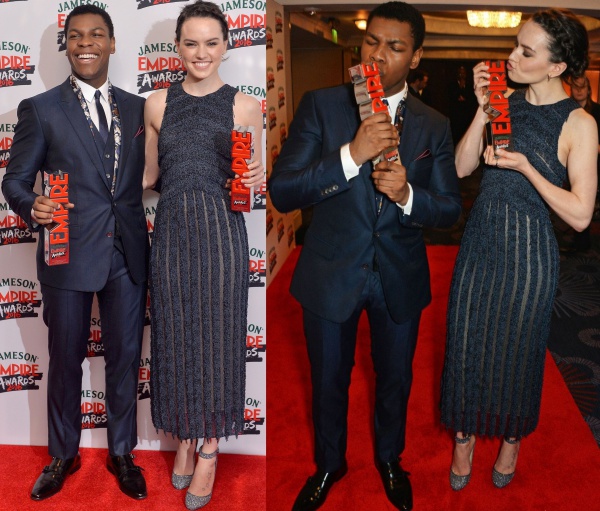 John Boyega and Daisy Ridley at the Jameson Empire Awards 2016 held at The Grosvenor House Hotel in London, England, on March 20, 2016

John, who won the Best Male Newcomer award, wore a three-piece navy suit from Dolce & Gabbana. He wore a crisp white shirt under a waistcoat and single-button jacket. John styled it with a skinny tie, a printed scarf, and a pair of black patent leather shoes. 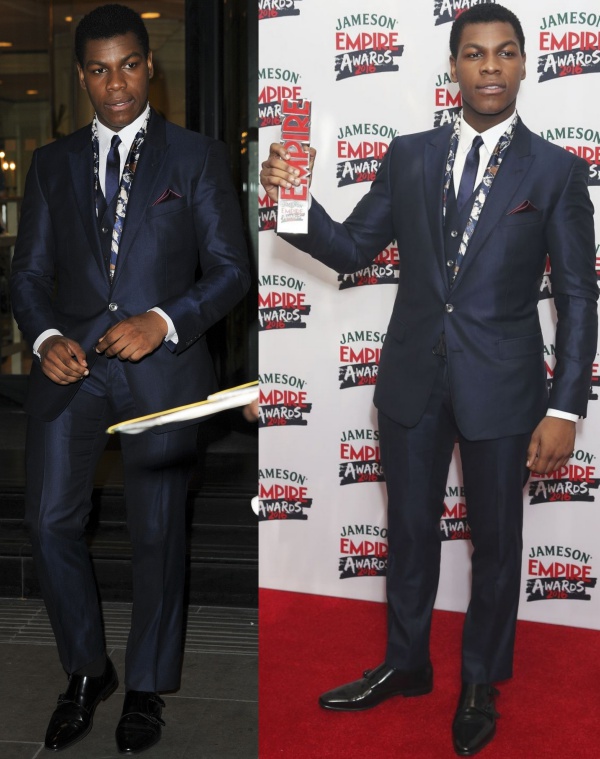 John Boyega at the Jameson Empire Awards 2016 held at The Grosvenor House Hotel in London, England, on March 20, 2016

Daisy, who won the Best Female Newcomer award, shimmered in her midi dress from Boss. It features a sleeveless design, fringe detail, and intricate embroidery. Her hair was swept up in a braided updo, and she kept her styling simple. She dressed up her feet in a pair of navy coarse glitter fabric pumps from Jimmy Choo.

Daisy Ridley at the Jameson Empire Awards 2016 held at The Grosvenor House Hotel in London, England, on March 20, 2016 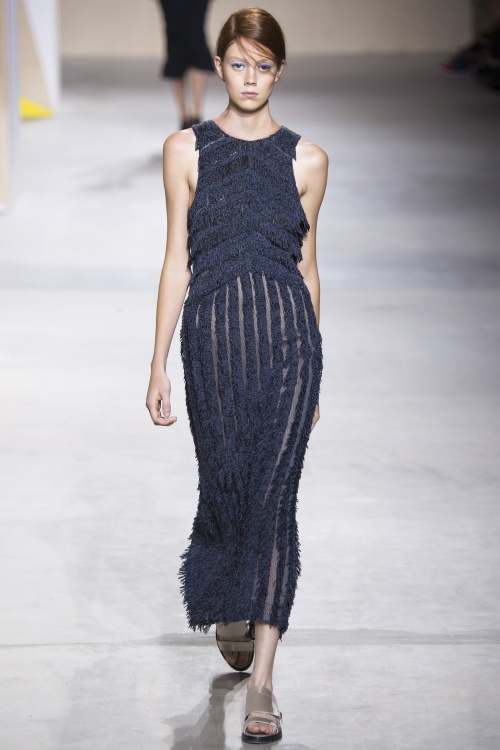 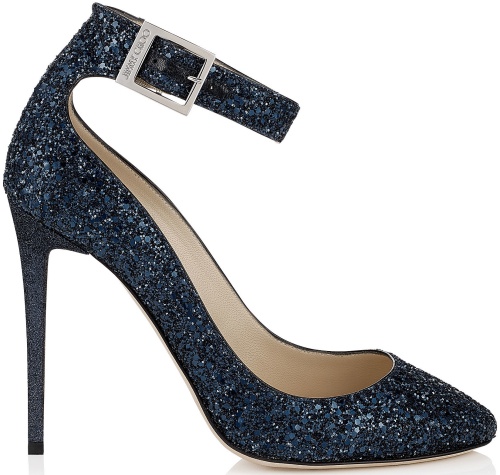 Unfortunately, these shoes are currently unavailable, but you can purchase a slightly similar style from Jimmy Choo: 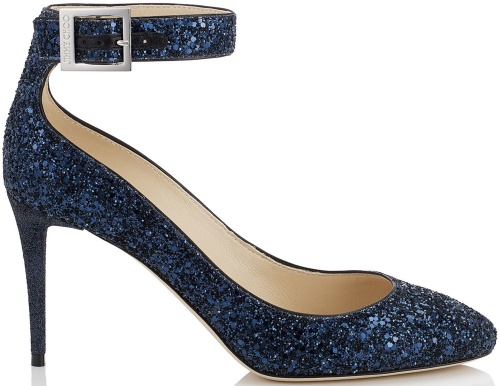 What do you think of the latest red carpet looks from Daisy Ridley and John Boyega?