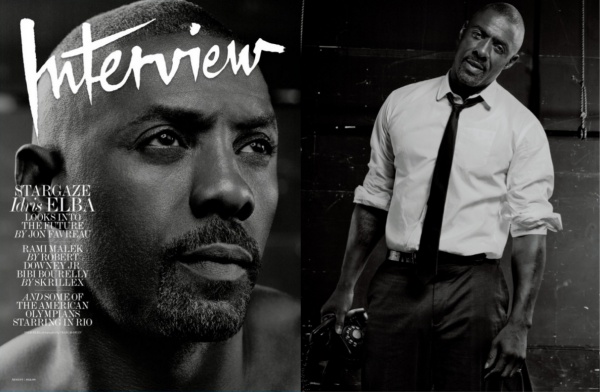 Idris Elba smolders on the cover of the latest issue of Interview magazine. The 43-year-old English actor and DJ has quite a number of upcoming high-octane film projects. This includes Star Trek Beyond, Aaron Sorkin’s Molly’s Game, Thor: Ragnarok, and the adaptation of Stephen King’s The Dark Tower.

In addition to his film career, he also thrives in the music scene as an accomplished DJ. He even has a fashion collaboration with Superdry in the works, and will make his directorial debut later this year. Idris has been working non-stop, and it doesn’t seem like that’s going to change any time soon.

Scroll through the images below for a peek at Idris Elba’s feature on Interview magazine, and get snippets from his interview with Jon Favreau: 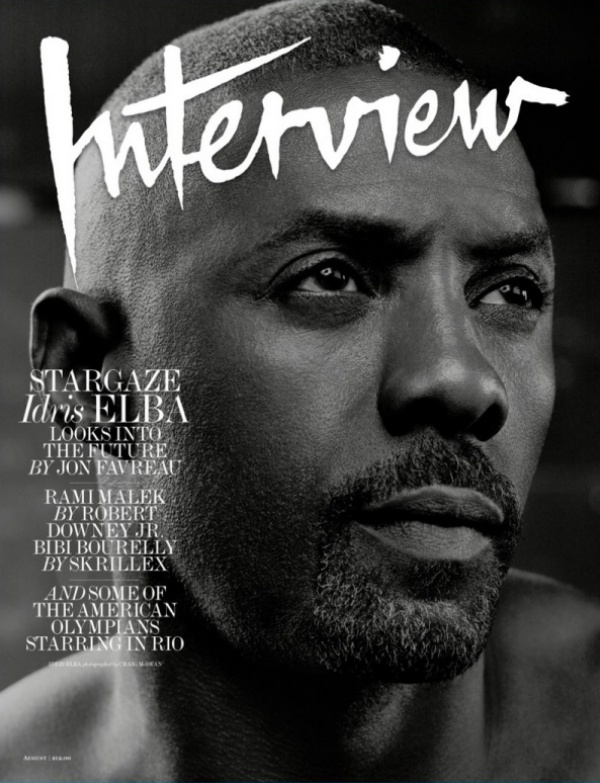 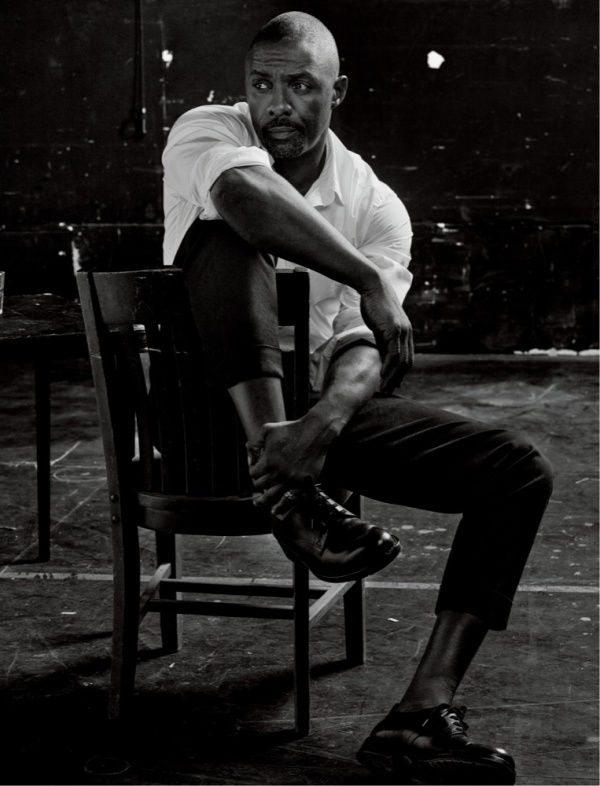 Idris is wearing a shirt from Officine Generale, pants from Dries van Noten, and shoes from Valentino. 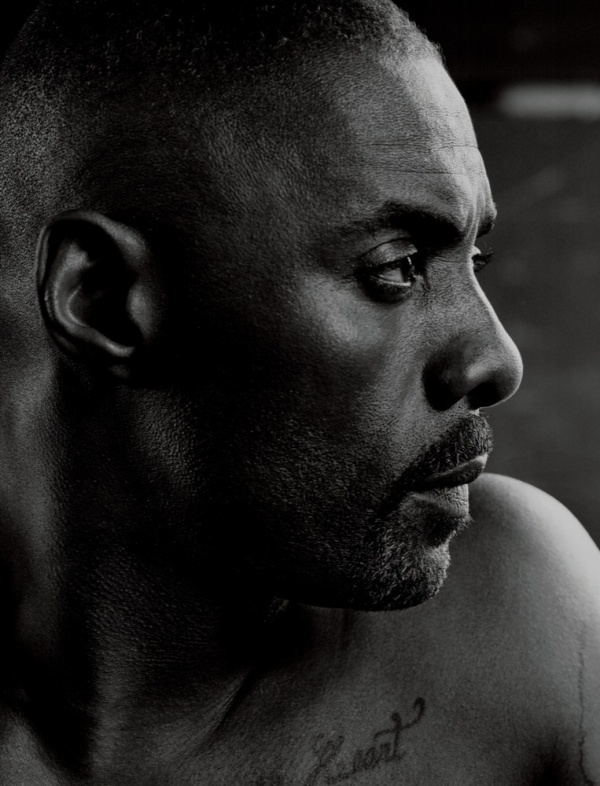 “I’ve always wanted to try the whole cowboy feel and look, so when I took this role, I was wondering, ‘Are we going to bring that to life in this character? Is he a real cowboy?’ And the answer was no. We had to reinvent that a little bit because the world—it’s quite a fantastical world and we aren’t making a Western. But there’s definitely some characteristics from those great cowboy movies, the Sergio Leone movies and all. I was definitely drawn to it. I’ve got two smoking guns that just look incredible, and I love to pull them out whenever I can.” – Idris Elba on his role as Roland Deschain in the film adaptation of Stephen King’s The Dark Tower 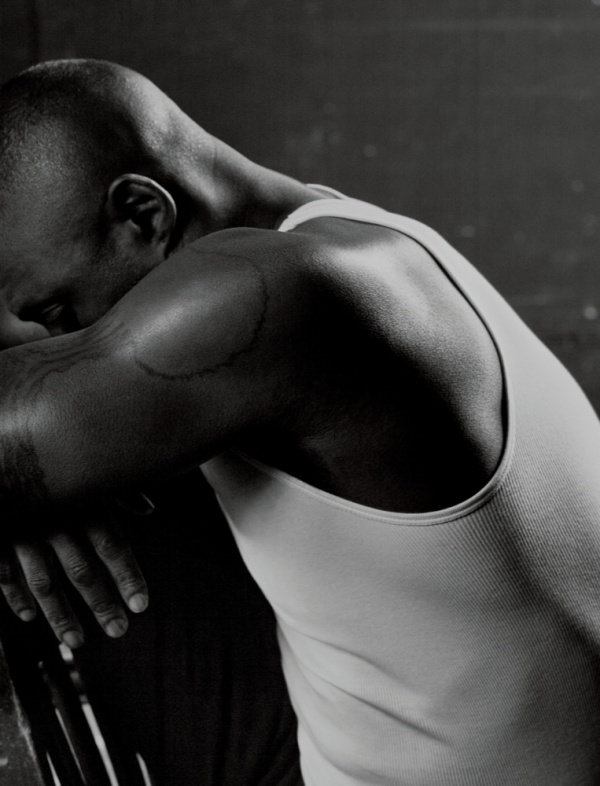 Idris is wearing a tank top from Calvin Klein Underwear.

“The most important thing, which I always look for, is their 360 vision of their film. By 360, I mean every moment has been imagined once or twice, if not 50,000 times, within their heads, from performance to art direction and whatnot. It’s been a master class for me.” – Idris Elba on what he looks for in a director 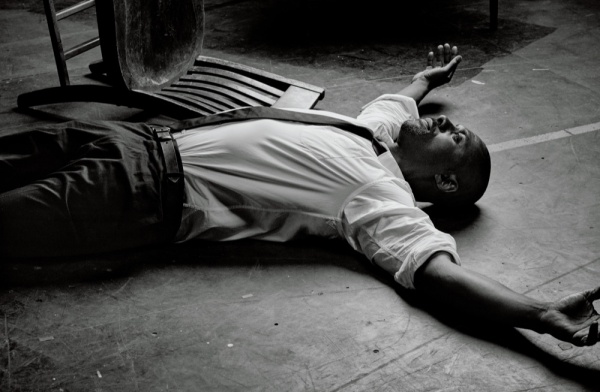 Idris is wearing a shirt from Officine Generale, pants from Dries van Noten, a tie from Boss, and a belt from Margaret Howell.

“Television is where I cut my teeth.” – Idris Elba for Interview magazine 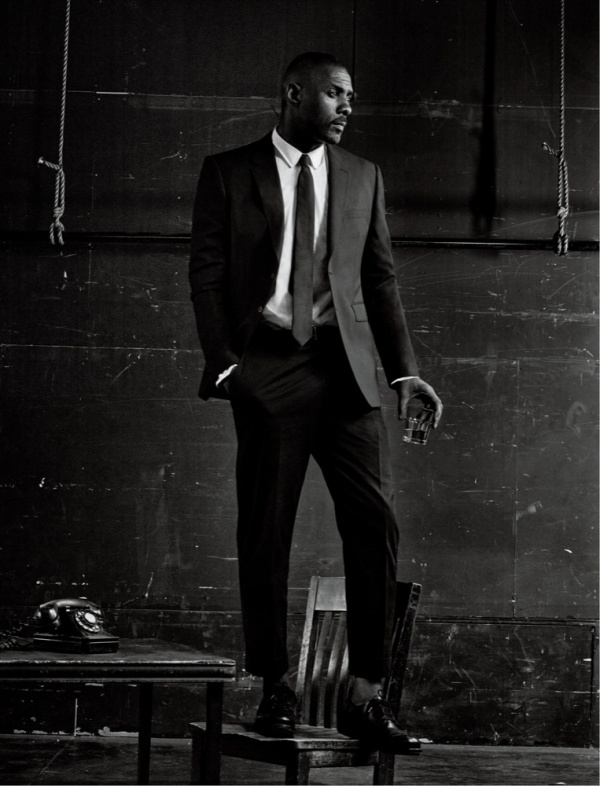 Idris is wearing a jacket from Burberry, a shirt from Officine Generale, a tie from Valentino, pants from Dries van Noten, and shoes from Valentino. 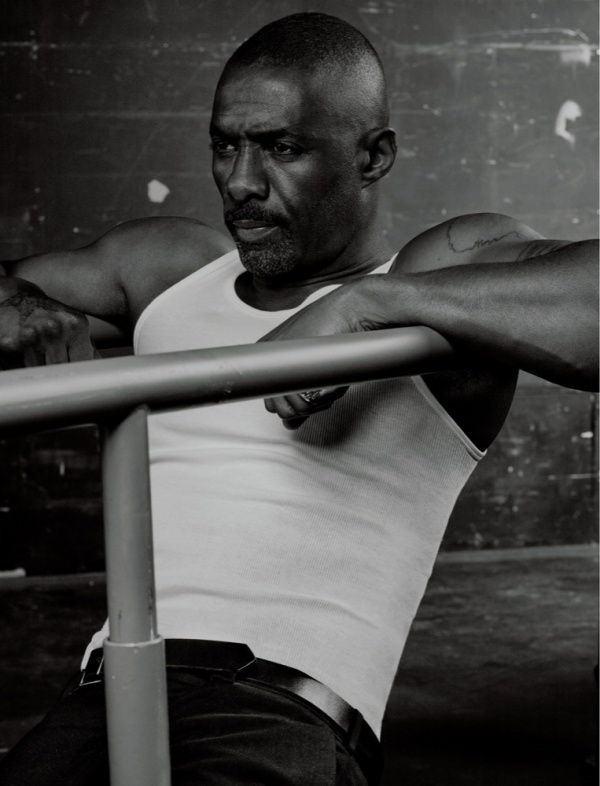 Idris is wearing a tank top from Calvin Klein Underwear.

“There were no luxuries on Luther. It was a tough set; we worked six-day weeks in London, sometimes in the bitter cold. But the quality comes from the writing. Neil Cross has always been a great writer. But, again, we just plug and play, like you say. It’s a task force and we get on with it.” – Idris Elba on working on Luther

Idris is wearing a tank top from Calvin Klein Underwear and a jacket from Burberry.

“…once I got The Wire, my life changed.” – Idris Elba for Interview magazine 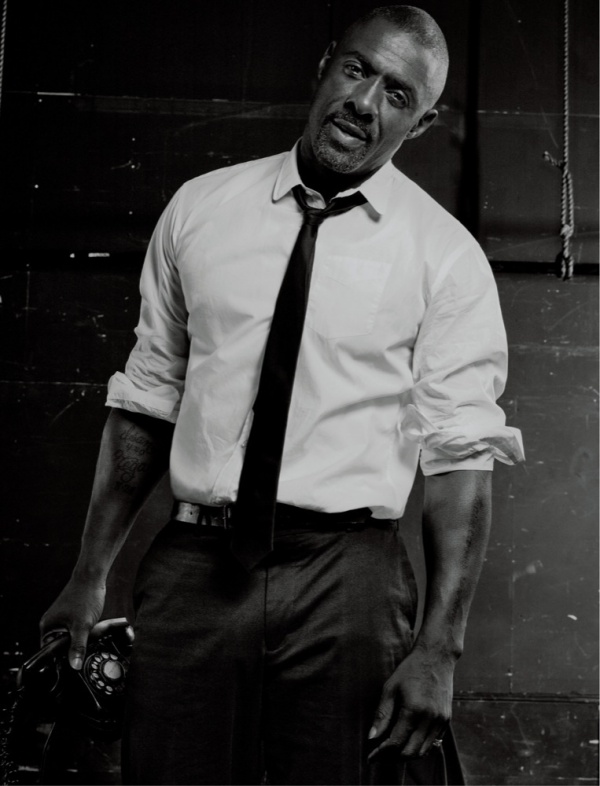 Idris is wearing a shirt from Officine Generale, pants from Dries van Noten, and a tie from Valentino.

“One of my first jobs was in a soap opera, five days a week. And what I found is, although there are different directors coming in and different crews, you just lived in your character. It’s the nature of the story, the ongoing story, and it can get deeper and deeper. And The Wire—I had moved to America a few years earlier. I had to get a job. And this character came about, and I jumped straight in. And it was like, ‘Today we’re doing this scene in this part of this story line in this part of this world.’ You don’t have the luxury like you do in films to do one scene per day. But what kept the quality control up was that the writing was so phenomenal. The guest director could just drop into the world, those characters and their environments, and start filming, because it was sewn into us. That was our world.” – Idris Elba on working in television 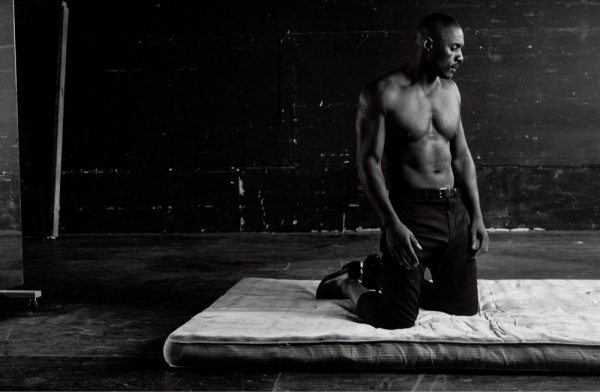 Idris is wearing shoes from Valentino and pants from Dries van Noten.

“I don’t want to sound ungrateful or anything, but I sleep less, I’m constantly thinking, I’m constantly multitasking, and I really don’t know what the effects are going to be when I’m older. I don’t ever stop. Not because I’m greedy or anything, but I’m always creating, debating with the part of my brain that is dormant. Wondering how I can move in and create a bit more space and take a bit more time. But it’s almost like the more I achieve, the more capacity I have to achieve. I do worry sometimes about whether I’m going to burn out. Not burn myself out, but burn my art out, with audiences going, ‘Ah, yeah, I’ve seen enough now, thanks very much.’” – Idris Elba for Interview magazine

What do you think of Interview magazine’s feature on Idris Elba? 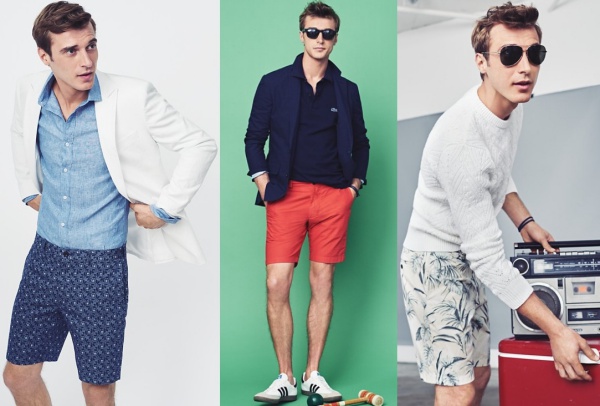 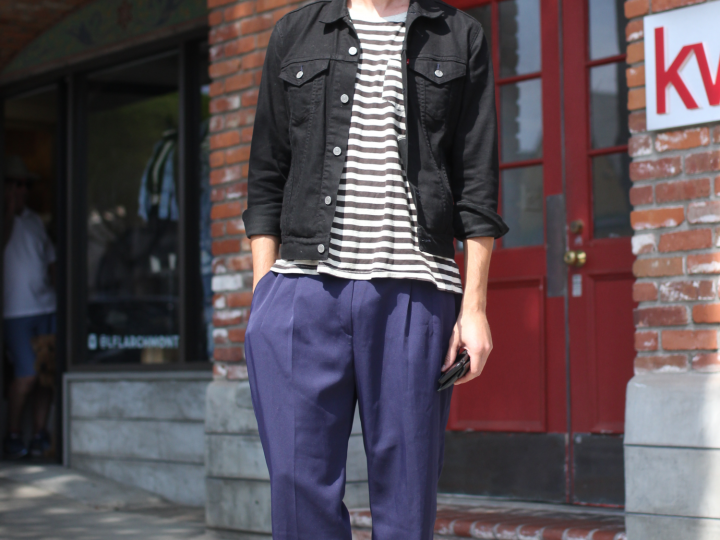