The French edition of perennial favorite style bible Vogue magazine celebrated its 95th anniversary earlier this month. Emmanuelle Alt, editor-in-chief of Vogue Paris, hosted a grand bash during Paris Fashion Week in honor of the momentous occasion. The hottest stars and most prominent names in the fashion industry flocked to Paris to attend the event.

While the party served up a slew of spectacular style offerings, some of the world’s favorite “It Girls” stood out in a sea of beauties at the soiree.

She styled it with slightly tousled waves, red lips, a Givenchy bag, and a pair of Gianvito Rossi heels.

Kendall wore a strapless black velvet couture gown from Ulyana Sergeenko, which featured a cutout detail at the back and a contrast white ruffled hem. 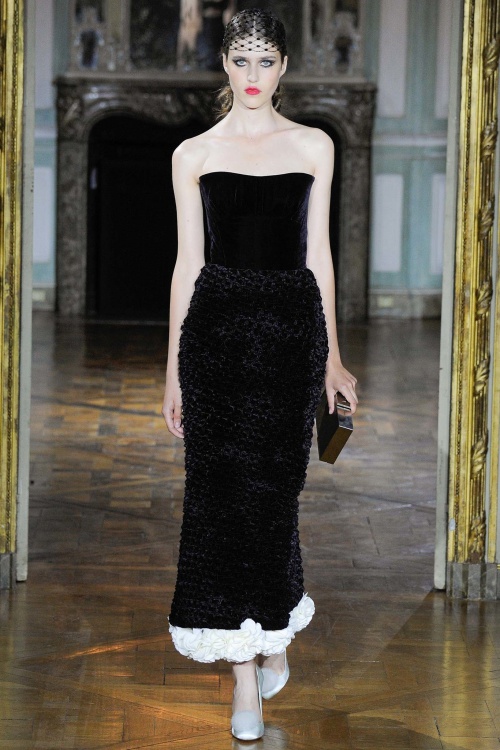 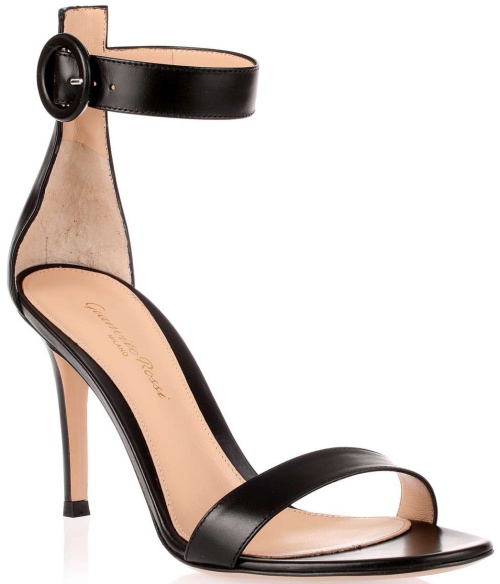 Zoe Kravitz served up her signature sexy edge with a head-to-toe Balenciaga look straight from the runway. The talented actress wore the exact ensemble that she modeled during Balenciaga’s spring/summer 2016 fashion show. Dressed in a sheer white floral gown and matching shoes, Zoe definitely turned heads at the event. 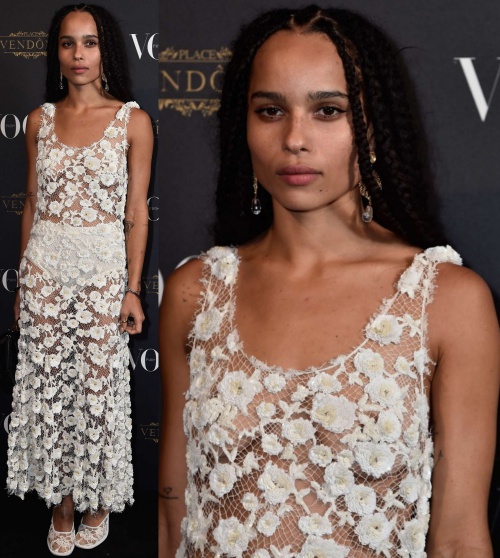 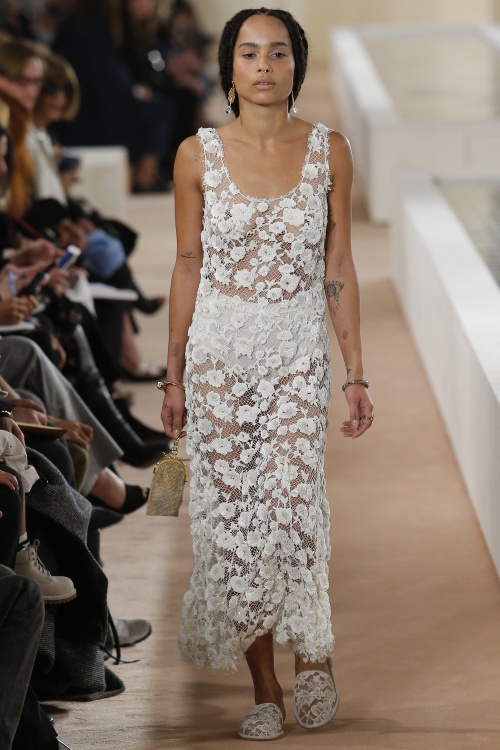 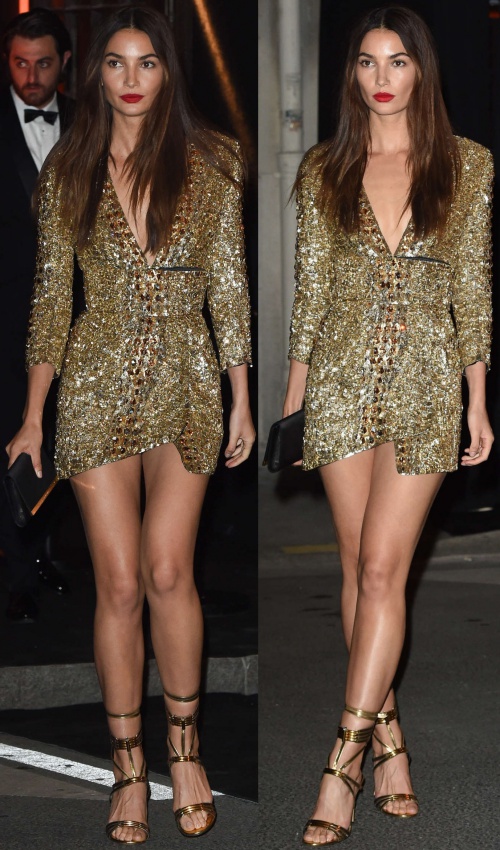 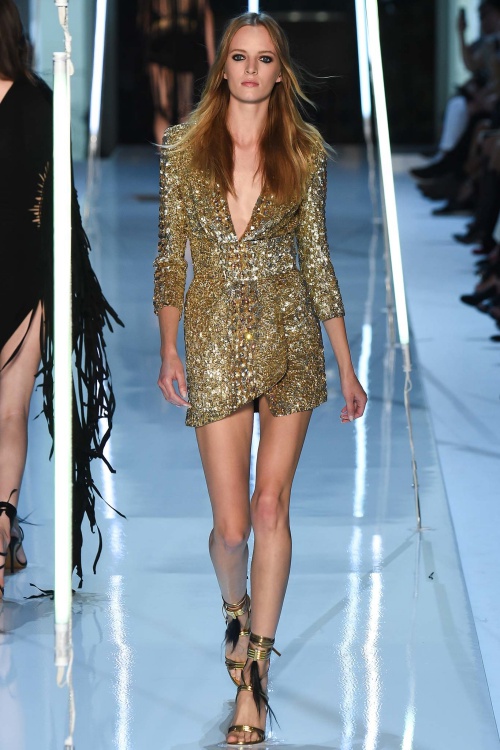 Gigi Hadid walked straight out from the Versace Spring/Summer 2016 runway presentation and into the Vogue Paris party in the exact ensemble that she modeled during the fashion show. She wore an embellished mini dress with a flirty cutout detail and a fringe hem. Gigi also wore the strappy orange platforms with high heels and thick lug soles. 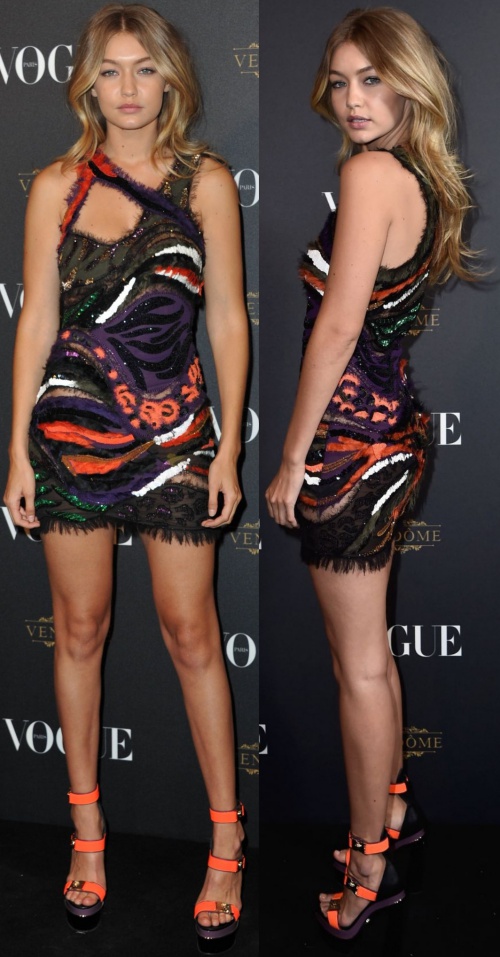 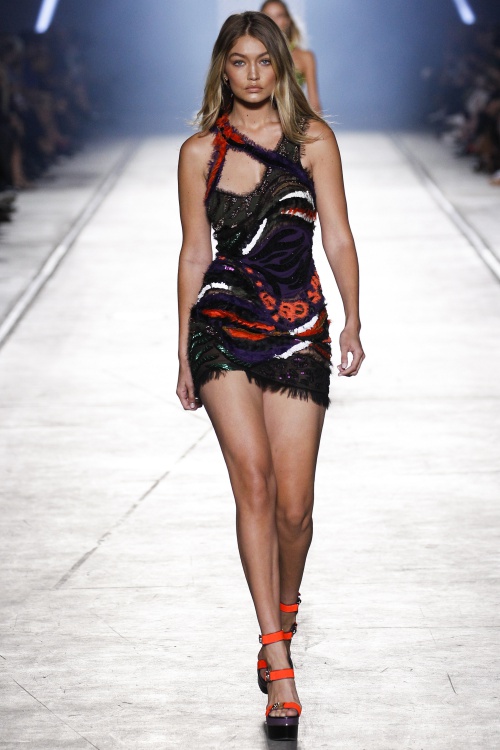 Alexa Chung showed off her feminine charm in a strapless frock from Valentino, which featured a ruffled hem and was cinched at the waist with a black ribbon. She finished off her look with a chic bob, dark red lips, and a pair of lace-up shoes. 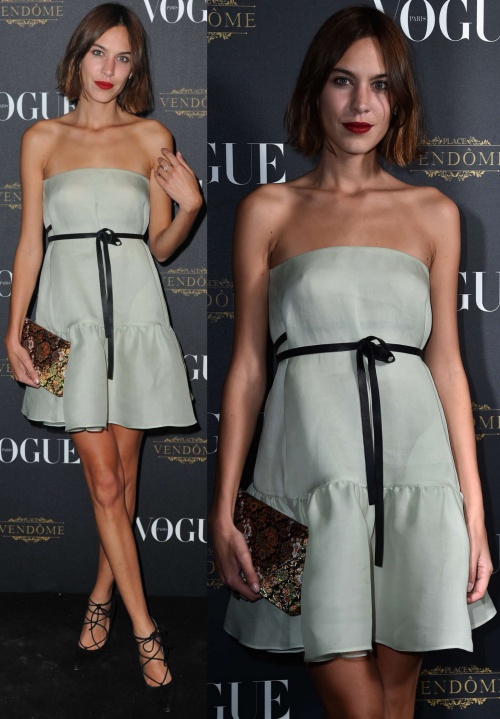 Constance Jablonski was a vision of understated elegance in a white halter gown from Calvin Klein Collection. She kept her styling minimal with a sleek updo, nude lips, a gold clutch, and white heels. 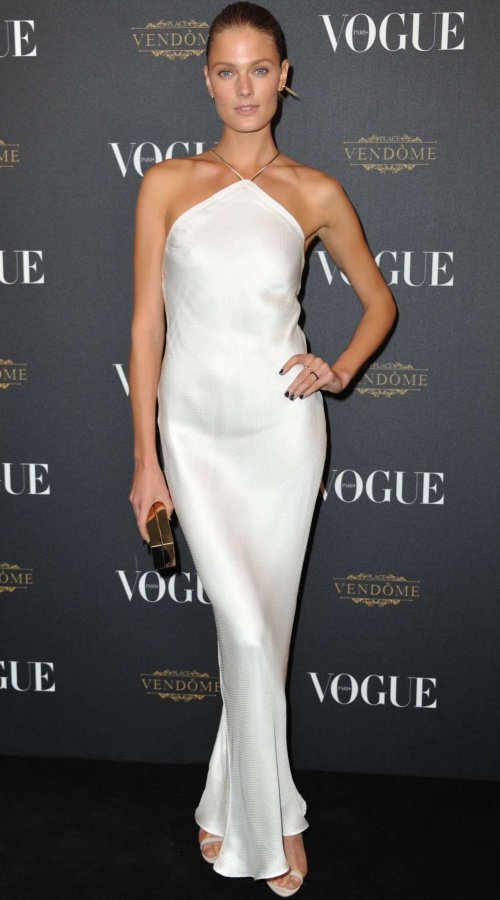 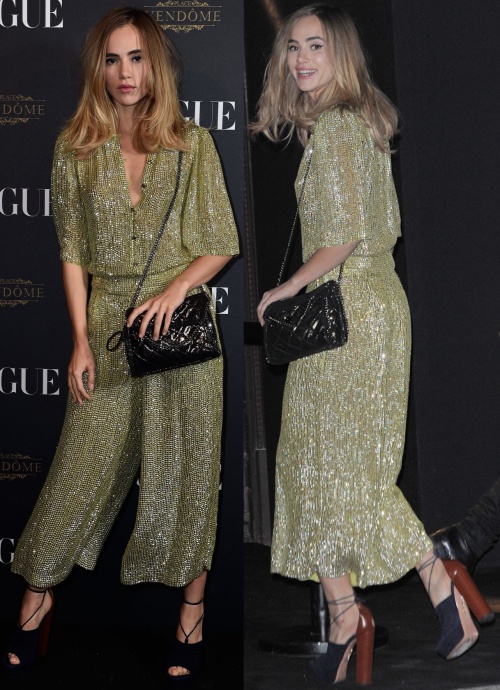 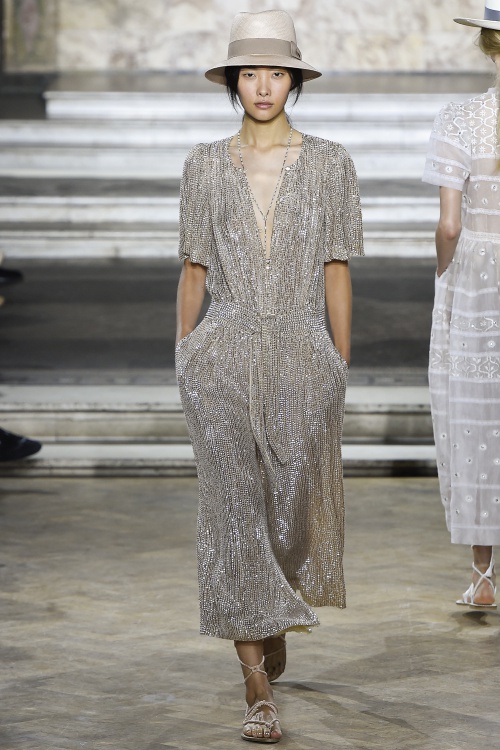 The British supermodel styled her glittery outfit with a pair of navy suede pumps from Aquazzura, which feature tan calf leather, ankle ties, block heels, and a mule silhouette. 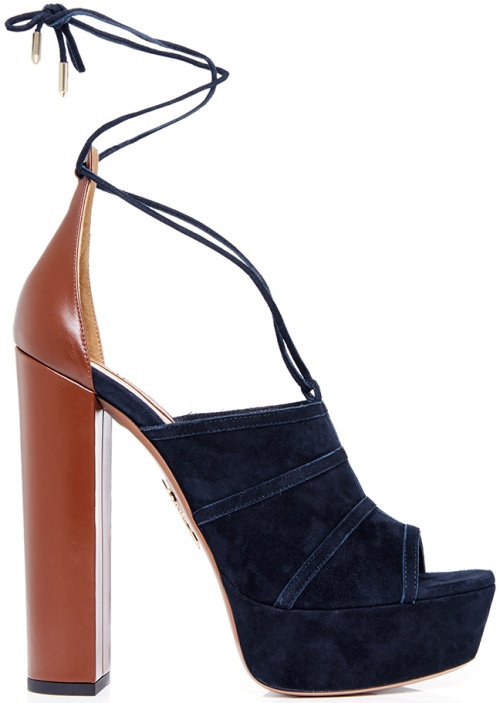 What do you think of these looks from the Vogue Paris 95th Anniversary Party? Which one’s your favorite? 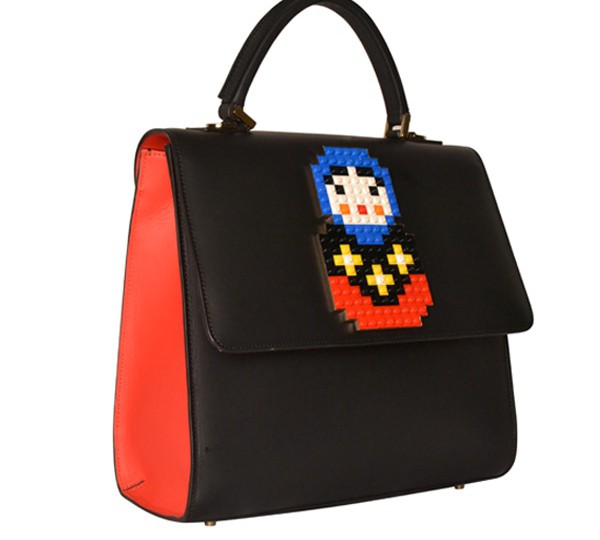 Hot Topic Has You Covered for Halloween!