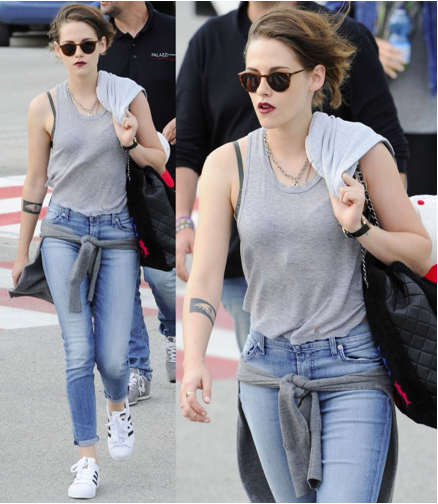 Kristen Stewart lands at the airport in Venice, Italy, on September 4, 2015

Kristen Stewart, Hollywood’s favorite rebel with a cause, was a vision of stylish comfort as she landed at the airport in Venice, Italy. She was in the city for the press tour of her latest movie, Equals, which premiered during the prestigious 2015 Venice Film Festival.

The 25-year-old superstar oozed cool-girl chic and subtle sensuality in a thin gray tank top that was loosely tucked into a pair of denim jeans. She amped up the cool factor with a gray sweater tied around her hips, an assortment of rings, layered necklaces, and a black quilted shoulder bag. Her short hair was swept to one side, and she sashayed down the street in her Adidas kicks. Dark berry lips and a pair of dark sunglasses finished off her effortlessly cool look.

Later in the day, Kristen was spotted in the same ensemble at the Equals Delegation Dinner held at Hotel Danieli. This time, she swapped her wind-swept hair for a loose ponytail that showed off her gorgeous face. 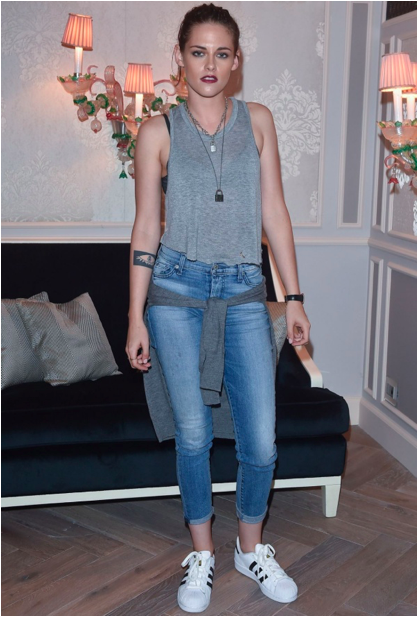 Kristen Stewart at the Equals Delegation Dinner held at Hotel Danieli in Venice, Italy, on September 4, 2015

It was a rare and welcome treat to see Kristen smiling from ear to ear as she joined co-star Nicholas Hoult and director Drake Doremus at the event. The trio hung out for the rest of the evening and savored a bit of downtime before the big premiere of their film. 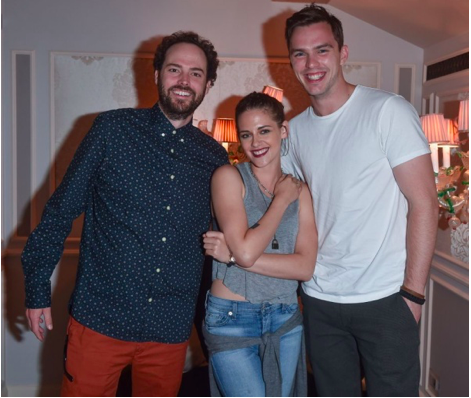 The Twilight actress wore the Punk Lock Necklace from Jillian Dempsey, which features black matte rhodium, a chain detail, and a lock charm. 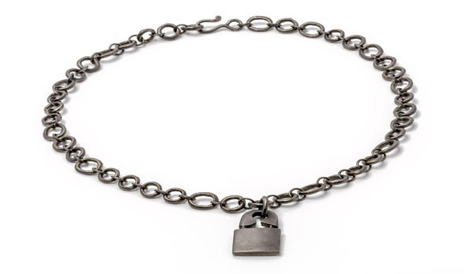 Kristen has always been about comfort, and she has previously been seen trading her heels for sneakers during red carpet appearances. This time, she wore a pair of Adidas Originals Superstar in black and white. These shoes feature smooth white leather, synthetic black stripes, and shell toes.

What do you think of Kristen’s look? 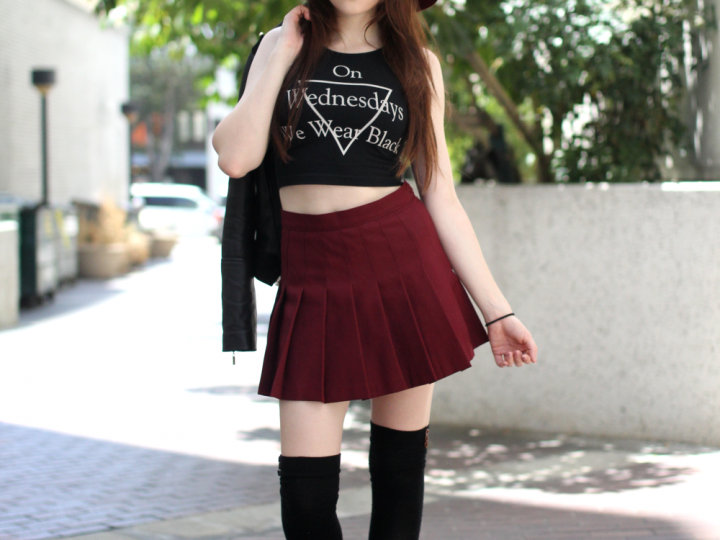 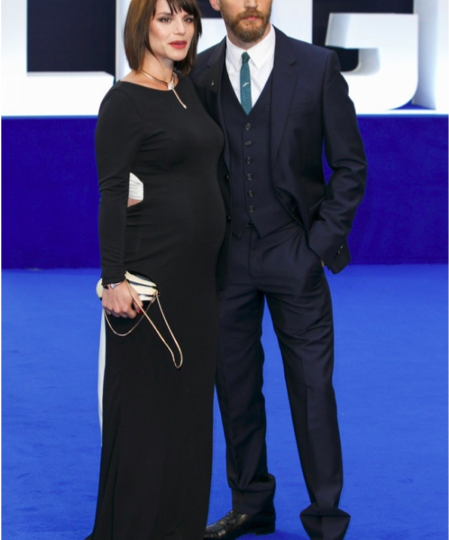