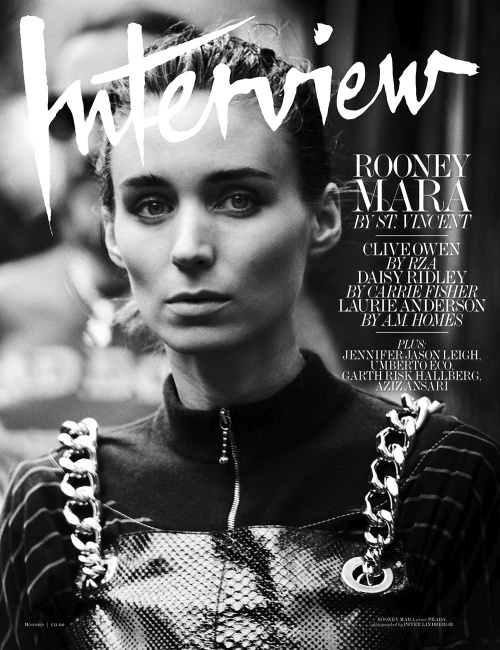 Rooney Mara graces the cover of Interview magazine’s latest issue. The Hollywood superstar is known for portraying intense characters in films such as David Fincher’s The Girl with the Dragon Tattoo, Stephen Daldry’s Trash, and even Joe Wright’s Pan. Her electrifying performance in a bit role for David Fincher’s highly acclaimed The Social Network caught the eye of award-winning directors and led to a slew of film projects. This year, she stars opposite Cate Blanchett in the highly anticipated Todd Haynes film Carol, which has already garnered Academy Award buzz.

Her intensity, quiet sophistication, and phenomenal talent make her one of the most interesting actors of her generation. Rock star and girl goddess Annie Clark, popularly known by her stage name St. Vincent, talks to Rooney about movies, stage fright, being alone, and pretending to be somebody else.

Scroll through the images below for a peek at her magazine spread, and get soundbites from her insightful interview with Annie Clark: 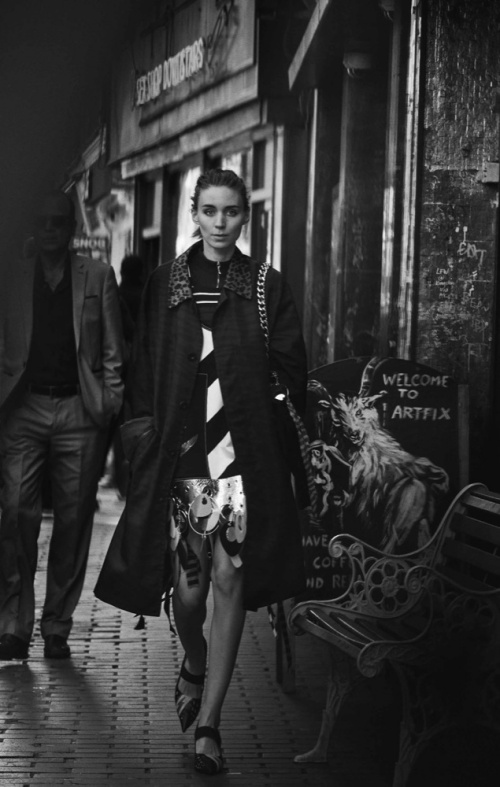 “I’m probably more insane than most people, and less than a lot of others. I’m somewhere in the middle. It can get confusing, when you’re working 15 hours a day playing someone else, certainly some of that creeps in. That’s why, when you stop a film, it’s so hard; you have to come down off of it. You’re like, “Oh, wait, that wasn’t real life. I’m probably never going to see most of those people again.” It’s like being at summer camp. Everyone gets so close so fast, and then the truth is, a lot of times you don’t really see those people again. I’ve made some really good friends from movies, but a lot of the time it’s a very isolated experience that lives and dies during the production.” – Rooney Mara for Interview magazine 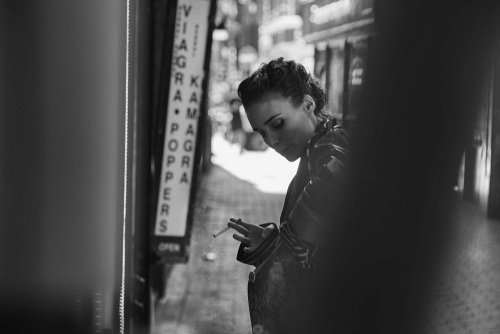 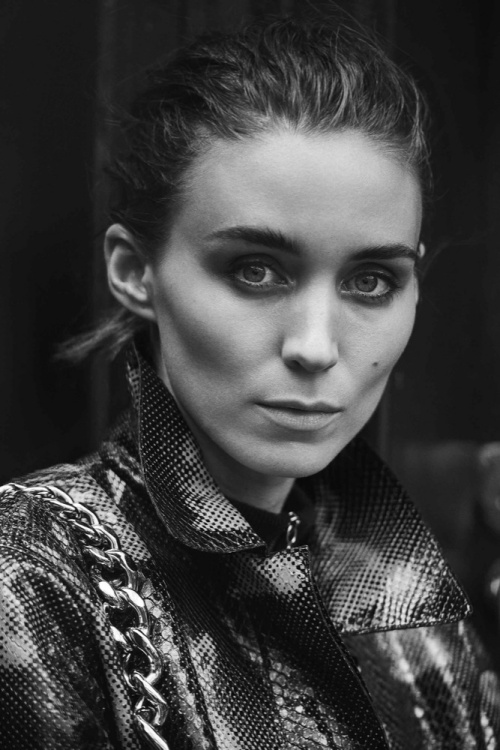 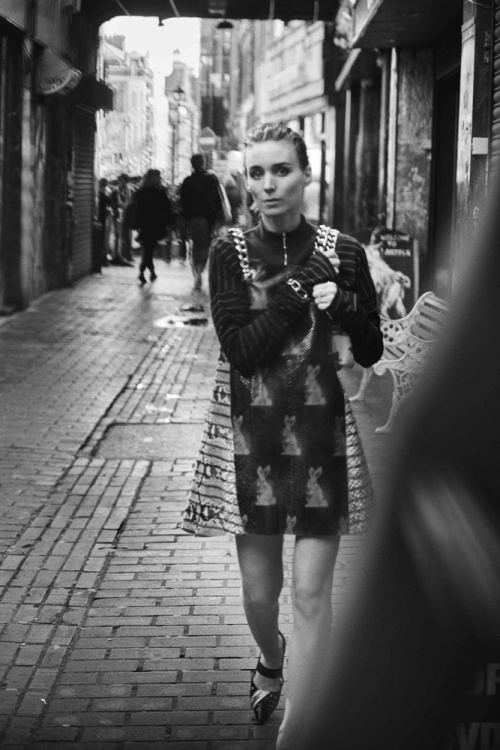 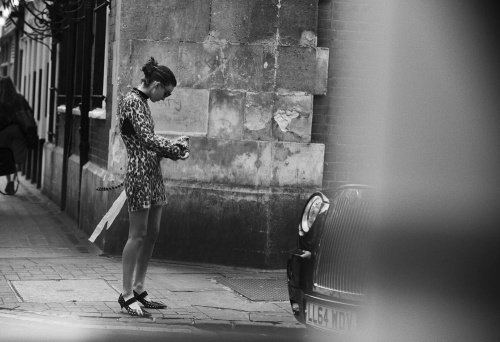 “I can’t sit still for that long either, but I can’t just, like, go into another movie. There’s only so many movies you can do. I start to get really self-loathing and sick of myself. And I think in order to act, you need to live a little bit to fill yourself with experience.” – Rooney Mara for Interview magazine 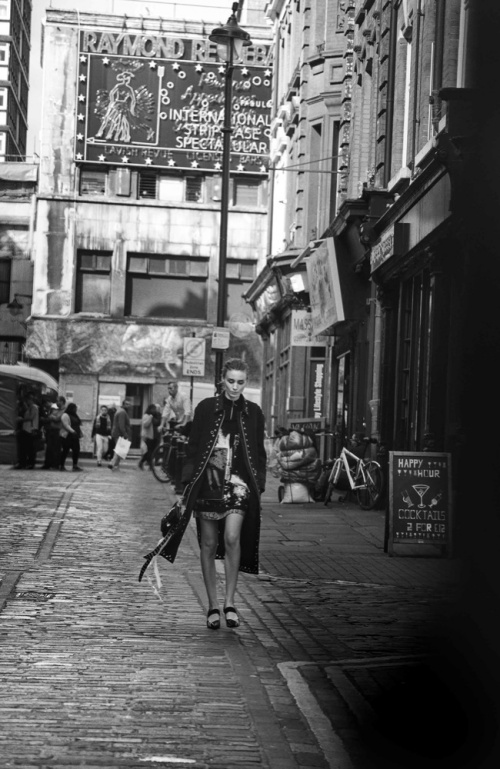 “I like being alone. I need a lot of alone time as a human. And especially on a movie set when you’re around people all day long. So it’s actually kind of nice to go home to a hotel and be alone and unwind. But, of course, it gets lonely. It’s one of the weird parts about being an actor or a musician—we’re Gypsies. People ask me where I live, and I say L.A. or New York, but really I don’t spend much time in either of those places. I’m constantly either in hotels or somewhere else. But I like it. I might get tired of it at some point, but for now I like being a nomad.” – Rooney Mara for Interview magazine 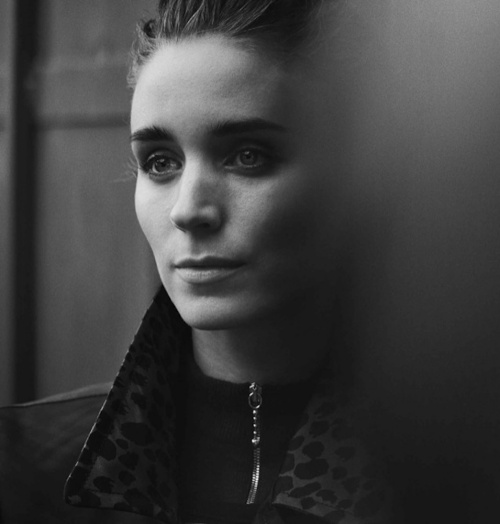 Rooney is wearing a Coach coat and a Prada sweater 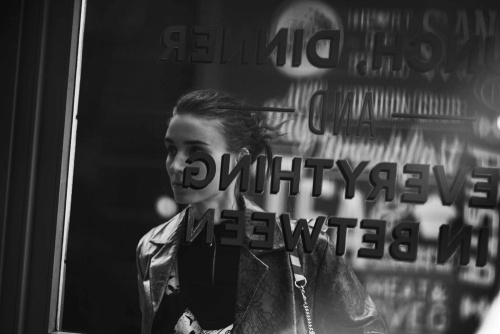 Rooney is wearing a Christopher Kane jacket, Miu Miu dress and bag, and a Prada sweater

“We’re all like carnie folk. We’re all freaks. We’re all insane. But there is an understanding there.” – Rooney Mara for Interview magazine

What do you think of Rooney Mara’s latest cover for Interview magazine? 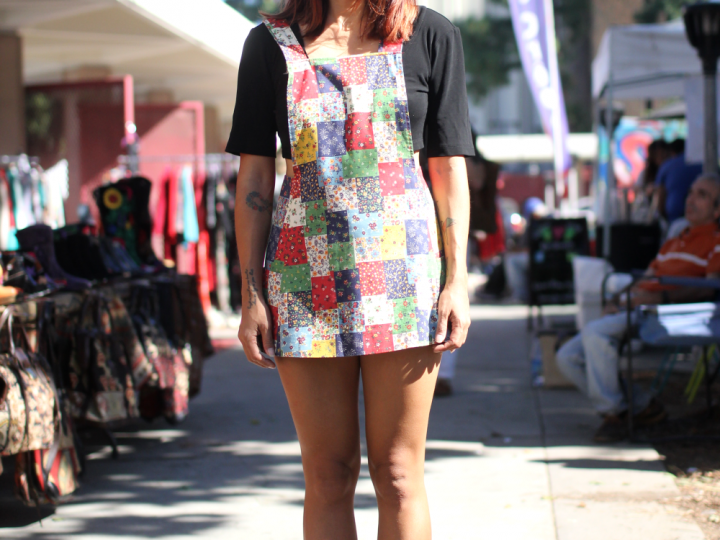 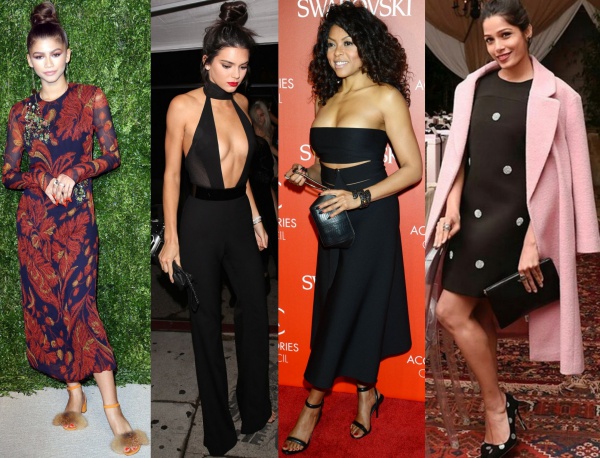