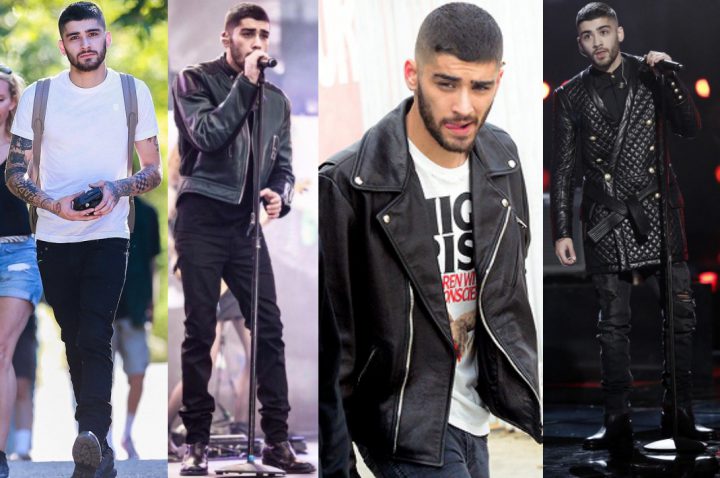 Zayn Malik made headlines when he was photographed wearing mismatched shoes while on a hike in Malibu. He sparked a footwear trend when he was spotted wearing a black leather boot on one foot and a Yeezy Boost on the other, along with a plain white tee and black skinny jeans. Sure, it’s not an appropriate hiking ensemble, but it’s an effortlessly cool look that’s all about stylish comfort. 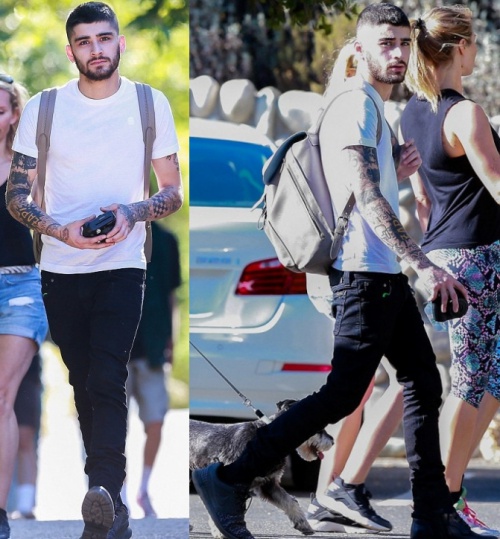 Zayn Malik on a hike in Malibu, California

The 23-year-old superstar has made quite an impact on the fashion industry with his ever-evolving style and impressive sartorial choices. He takes bold risks, as in his custom Versace look complete with metal arms at this year’s Met Gala. His casual-cool street style and enviable outerwear collection have dominated fashion blogs, and his high fashion looks have captured the eyes of prominent names in the industry. It is no wonder that Zayn is gradually becoming a style icon in his own right.

After slaying his performance of “Like I Would” at the iHeartRadio Music Awards in a custom Balmain look, Zayn livened up the stage at KIIS FM’s Wango Tango event in another stylish all-black ensemble. He wore a leather jacket from Lanvin’s fall 2016 menswear collection over a black cotton tee from Tom Ford. Zayn styled it with super slim jeans from Acne Studios and leather dress shoes from Diesel. 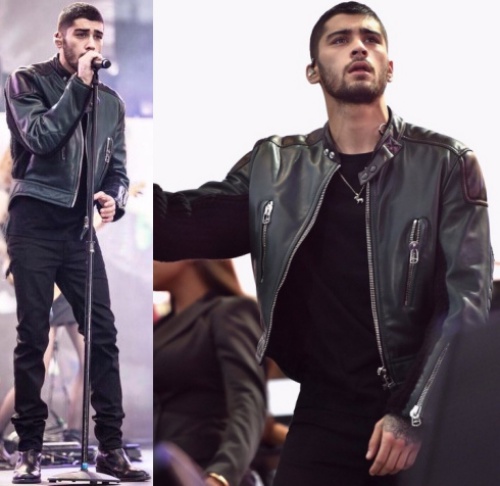 He’s wearing the black cotton shirt from Tom Ford, which has a crew neck, a chest patch pocket, and a lived-in look. 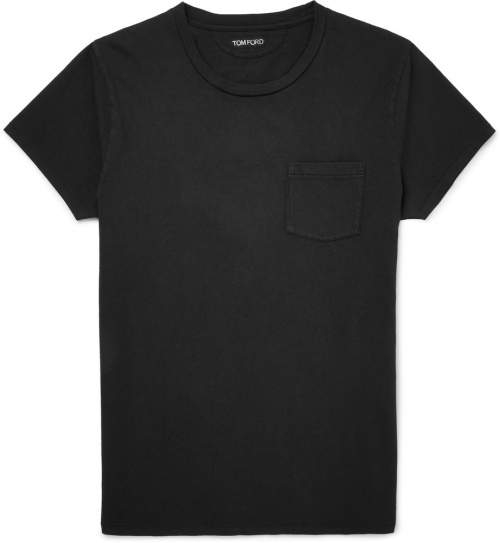 As for his footwear of choice, he opted for the D-Rez Chelsea boots from Diesel, which feature 100% cow leather and zip fastenings. 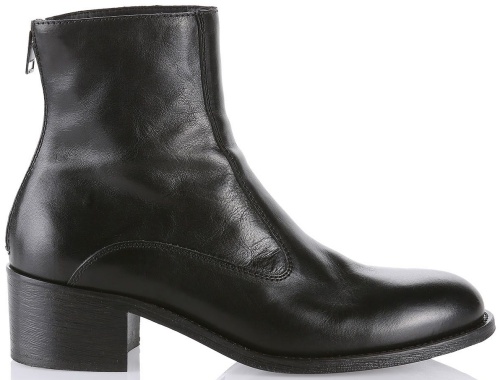 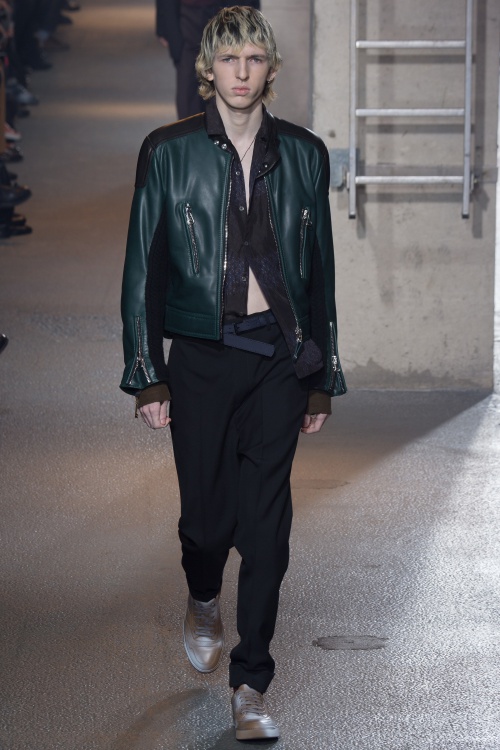 Zayn continued to show off his covet-worthy outerwear collection while out and about in West Hollywood for a photoshoot. He was seen wearing a white shirt from Enfants Riches Déprimés under a black leather jacket from the brand. 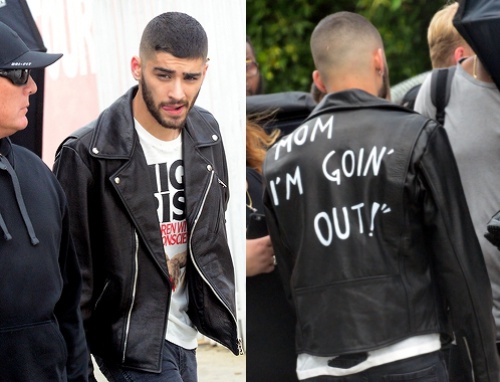 Zayn Malik at a photoshoot in West Hollywood

His black leather jacket from Enfants Riches Déprimés features cow hide, a silk lining, and the words “Mom I’m Goin’ Out!” hand-painted on the back.

He wore it with the High Risk shirt from Enfants Riches Déprimés, which has short sleeves and a crew neck. 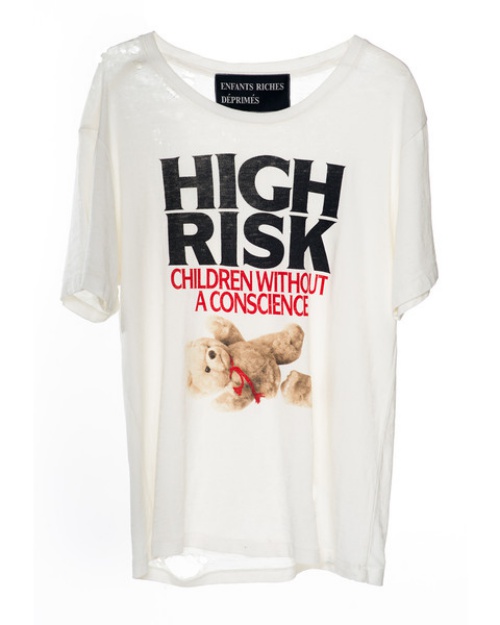 Zayn was also among the guest performers at the season 10 finale of The Voice. This time, he smashed his performance in a black shirt, a pair of black distressed skinny jeans, black leather boots, and a belted jacket from Balmain’s fall/winter 2016 menswear collection. 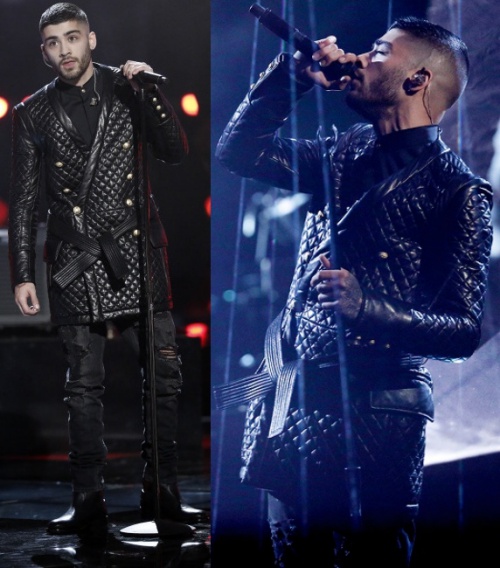 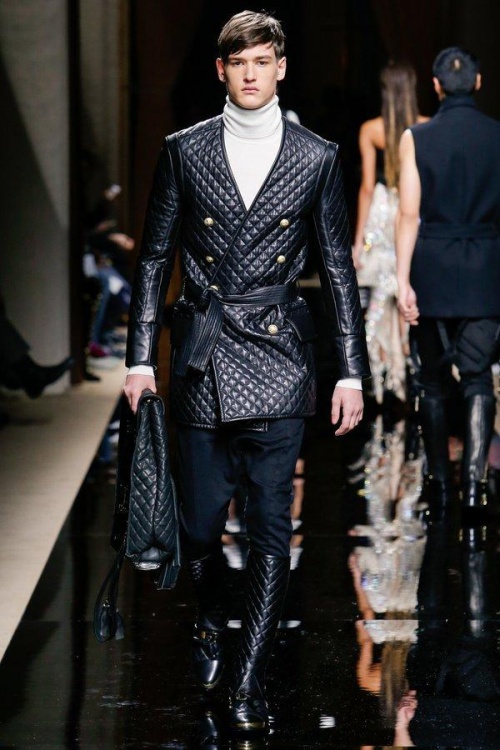 An outtake from a photoshoot has recently surfaced online, which showed Zayn wearing the Piwnage Jumper from House of Holland. 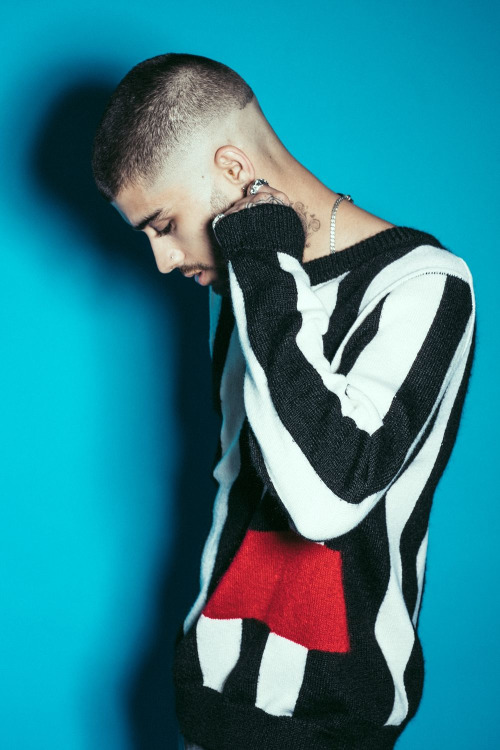 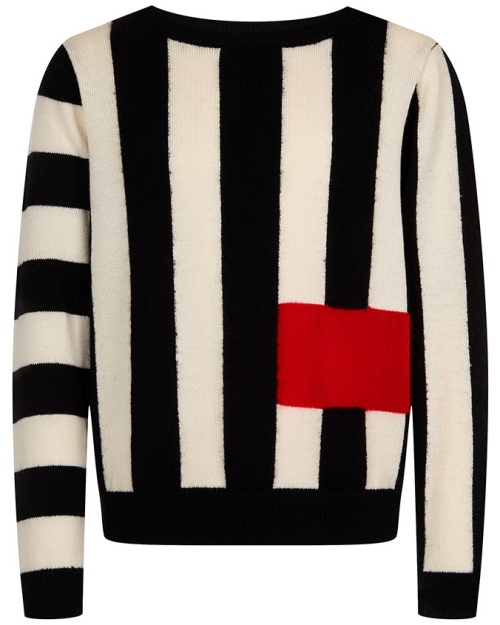 What do you think of these recent looks from Zayn Malik? 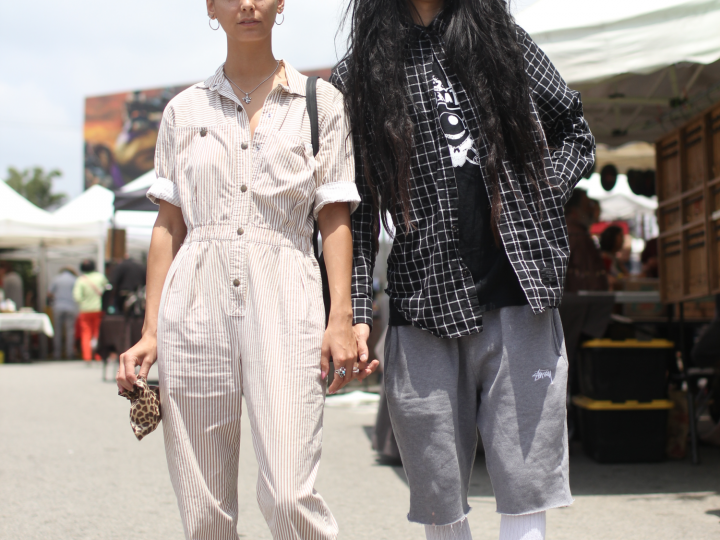 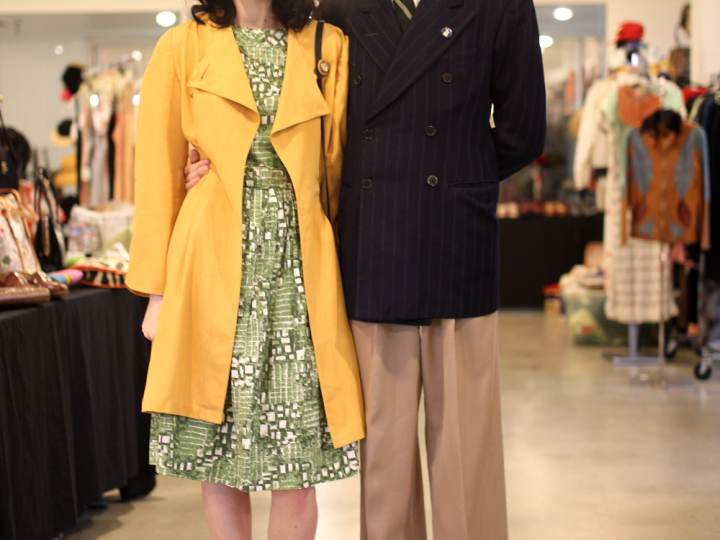