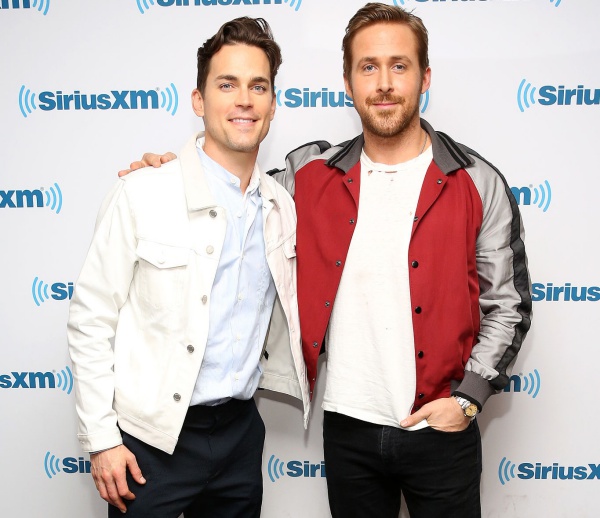 Matt Bomer and Ryan Gosling have been making stylish choices while doing the rounds on the media circuit to promote their latest film, The Nice Guys. Matt is all about clean lines and looking every bit like a dapper gentleman, while Ryan is more about dressing up for stylish comfort. During the promotional tour for their newest movie, Matt and Ryan showed off their sartorial flair in sleek suits and cool jackets.

At the Hollywood premiere of The Nice Guys, Matt stepped out in a black suit from Giorgio Armani. Ryan, however, opted for a blue suit from Gucci’s pre-fall 2016 line. 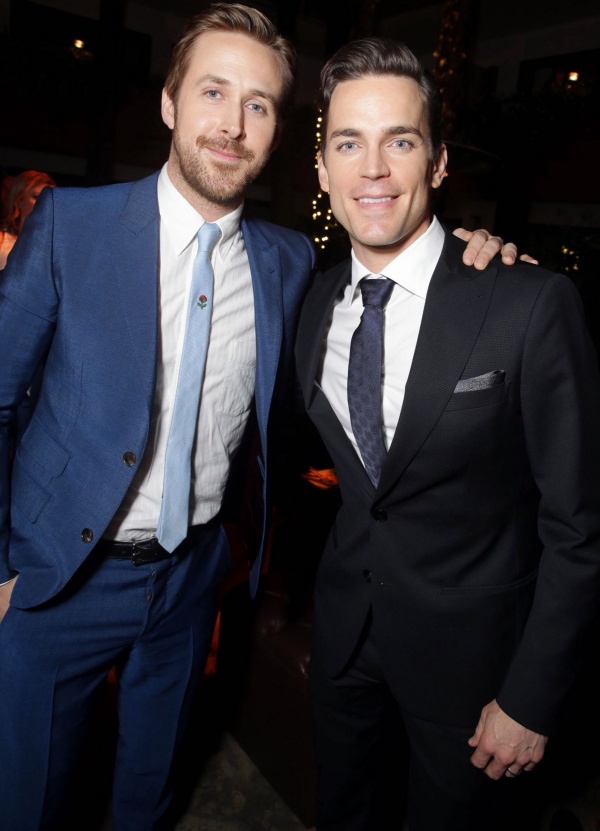 Ryan Gosling and Matt Bomer at the premiere of The Nice Guys held at the TCL Chinese Theare in Hollywood, California, on May 10, 2016

A few days later, the two handsome actors showed up at the SiriusXM Town Hall featuring the cast of The Nice Guys. They looked cool and comfortable in their jackets and dark trousers. Matt wore a crisp shirt under a white denim jacket, and he completed his ensemble with a pair of white lace-up shoes. Ryan, on the other hand, opted for a sporty look with his baseball bomber jacket. He styled it with a white shirt and a pair of black leather lace-up shoes. 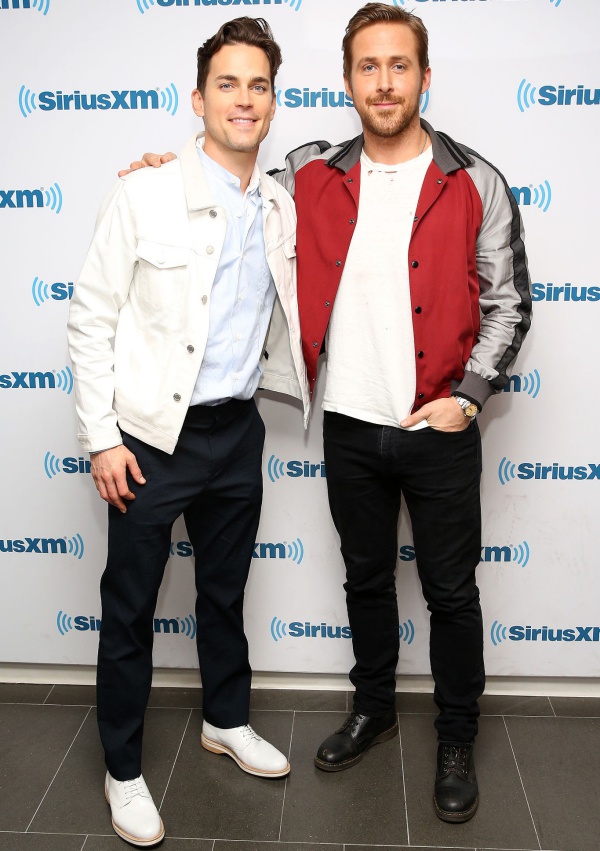 Matt Bomer and Ryan Gosling at SiriusXM’s “Town Hall” with the Cast of The Nice Guys in New York CIty on May 12, 2016 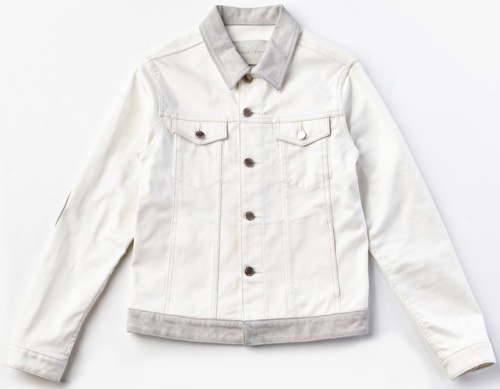 During the New York screening of The Nice Guys, Matt and Ryan were clad in suits that showed off a bit of their playful side. Ryan wore a black tailored suit, which he livened up with a pale yellow shirt that had a contrast mustard collar and front button placket. Matt, played with prints in a double-breasted suit, which was styled with a black-and-white striped shirt and a dark grey tie with diagonal stripes. 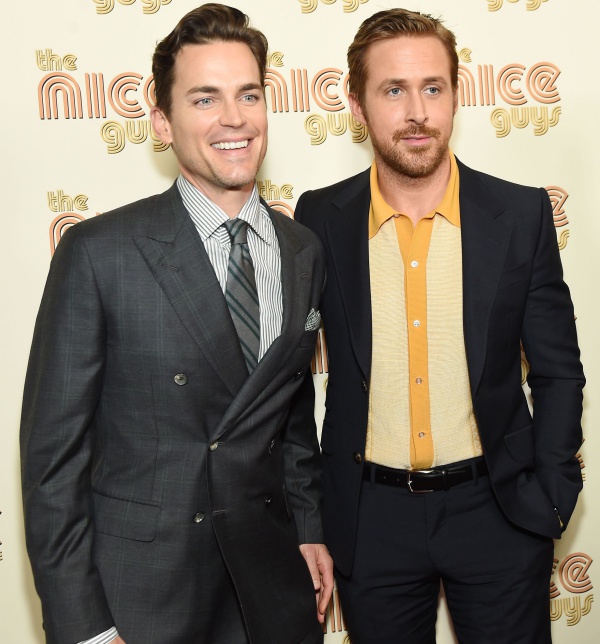 Matt Bomer and Ryan Gosling at the New York screening of The Nice Guys held at Metrograph in New York City, on May 12, 2016

What do you think of the latest looks from Matt Bomer and Ryan Gosling? 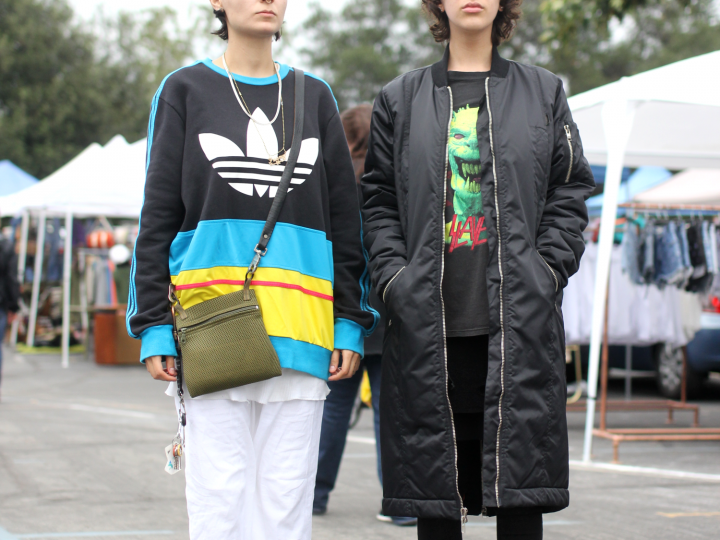 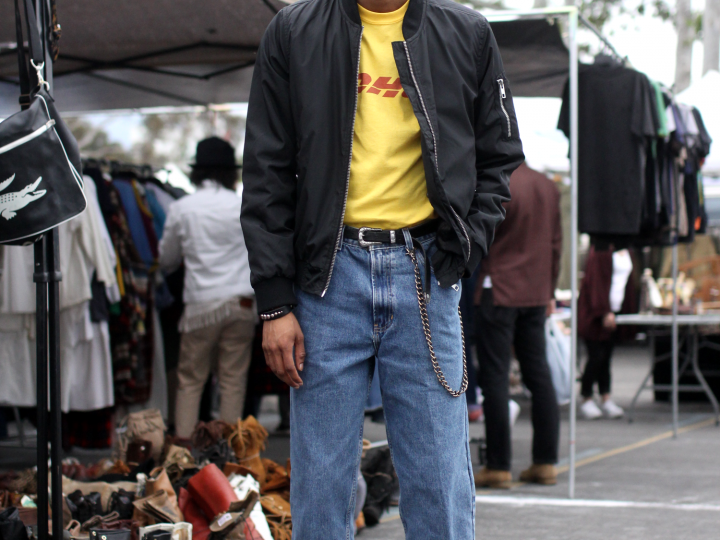