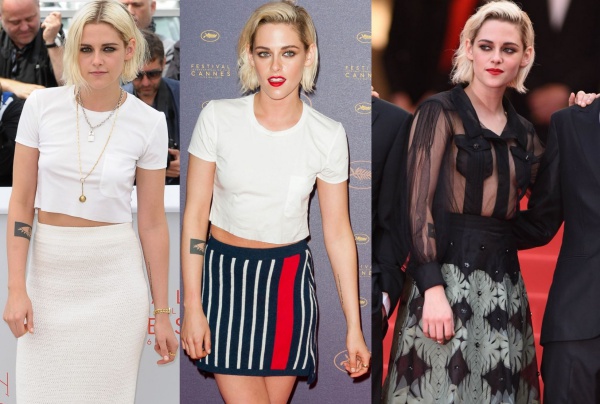 Kristen Stewart has always been known for her effortlessly cool style and no-fuss approach to fashion. But while she is all about stylish comfort and can put together casual-cool ensembles with a drop of a hat, she can also stun in glamorous gowns at red carpet events.

The Chanel muse represented the fashion powerhouse well with three different looks at this year’s Cannes Film Festival. At the photocall for her latest film, Cafe Society, she stepped out in a white-hot look that successfully updated the white T-shirt. Kristen wore a cropped white tee, which featured short sleeves and a chest pocket. She styled it with a pencil skirt from Chanel’s spring 2016 line, printed pumps from Christian Louboutin, a blonde bob, and layered necklaces. 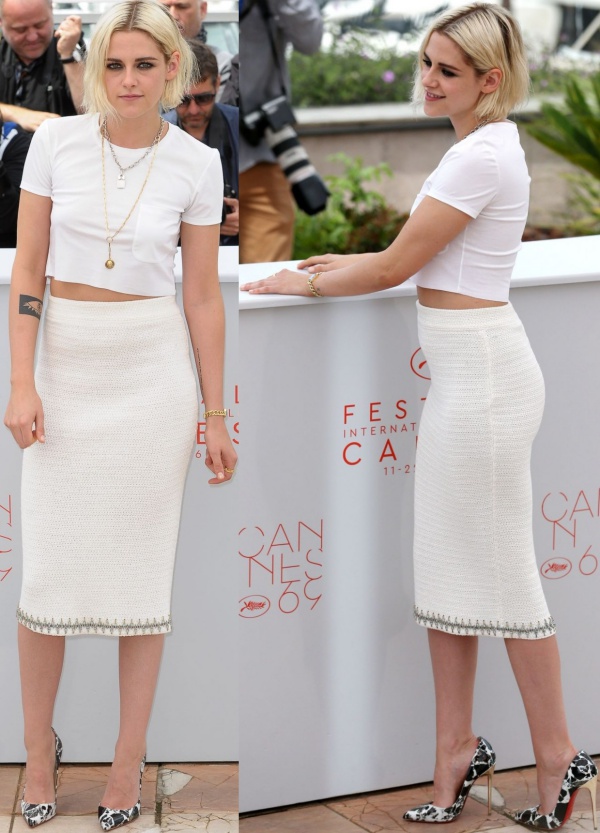 Kristen Stewart at the photocall for Cafe Society at the 69th Cannes Film Festival in Cannes, France

Kristen also attended the film festival’s opening ceremony dinner in an ensemble that showcased her signature cool-girl style. She wore a white cropped tee from Chanel, which she styled with a striped cashmere skirt from Barrie and a pair of checkerboard sneakers from Vans. 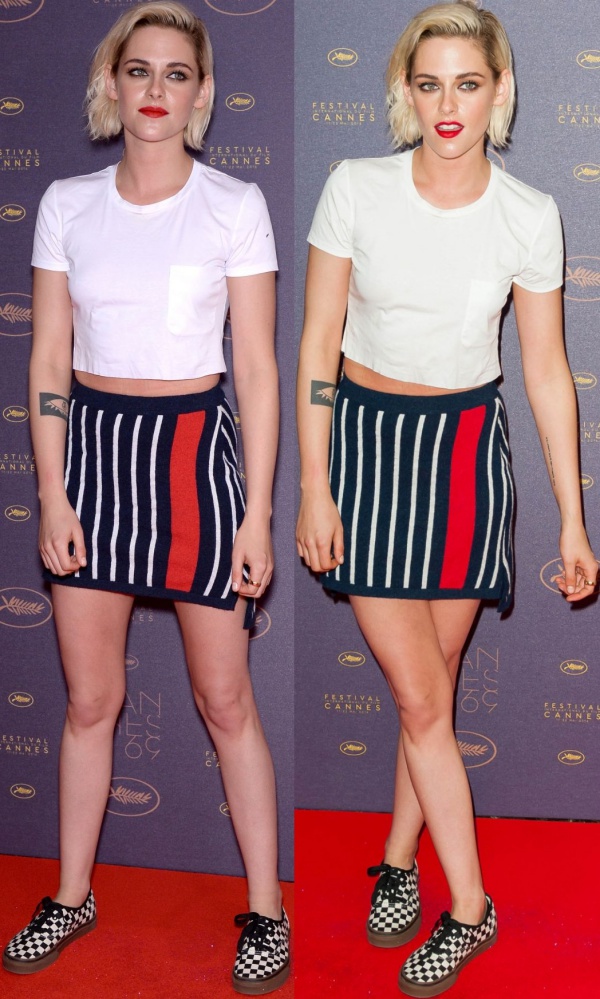 Kristen Stewart at the gala dinner during the 69th Cannes Film Festival in Cannes, France

As for the premiere of Cafe Society, the 26-year-old actress donned a sheer black dress from Chanel’s resort 2017 line. It featured long sleeves, a shirt collar, two chest flap pockets, and beaded embellishments. A blonde bob, red lips, and a pair of black pumps provided the finishing touches to her red carpet look. 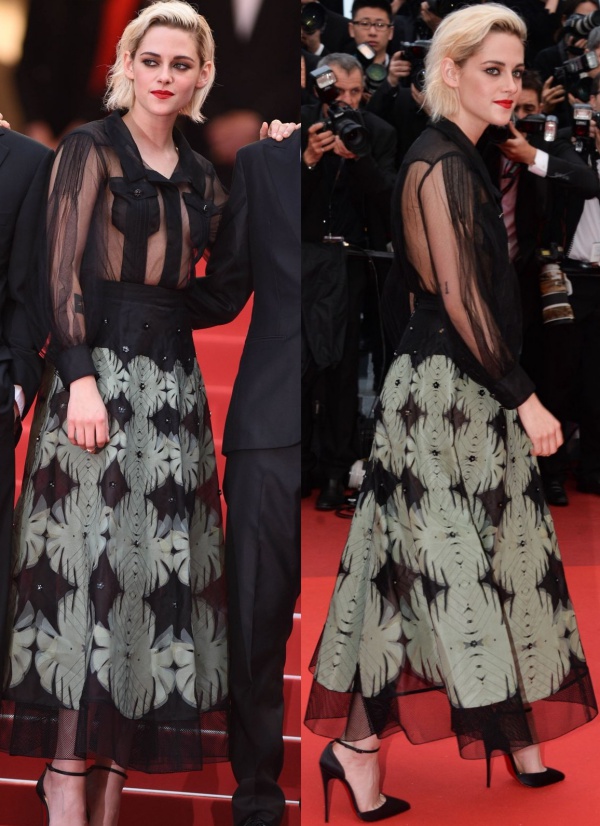 Kristen Stewart at the premiere of Cafe Society and the opening ceremony of the 69th Cannes Film Festival in Cannes, France

What do you think of the latest red carpet looks from Kristen Stewart? Which one’s your favorite? 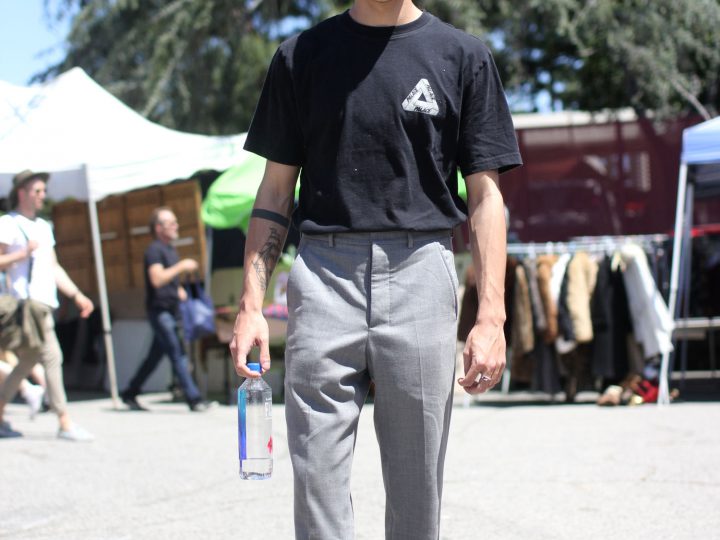 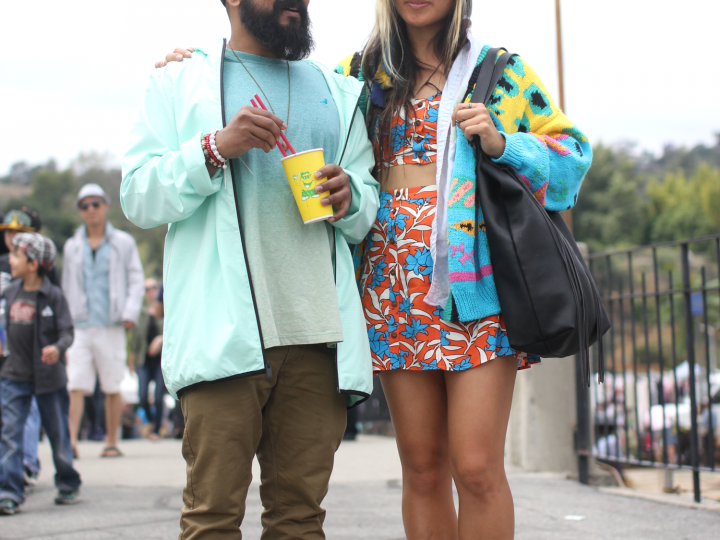