Zayn Malik continues to make waves in the fashion industry with a slew of stellar sartorial choices. His meteoric rise to fame sees no end as he consistently releases successful singles from his debut album, Mind of Mine, which is set for release on the exact day of his departure from One Direction (March 25th).

The 23-year-old musician was recently spotted with his model girlfriend Gigi Hadid in Milan, Italy. He was clad in a khaki jacket from Faith Connexion, distressed skinny jeans from Ksubi, and a pair of black leather loafers. His entire look was a study in contrasts as it cleverly combined edgy pieces with preppy footwear. 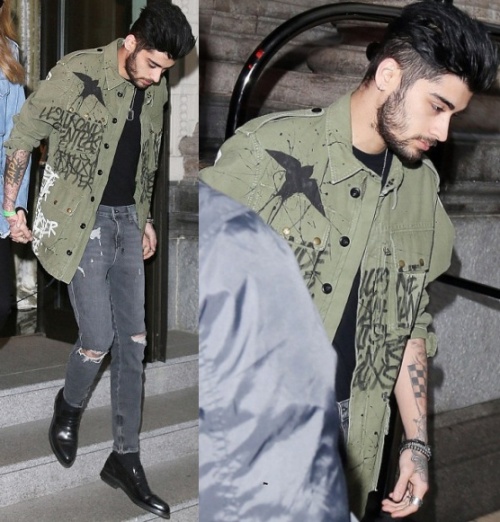 Zayn wore a khaki parka from Faith Connexion, which was hand-painted by French artist Vincent Dacquin. It features long sleeves, a hood, functional pockets, and beautiful graffiti and graphic prints. 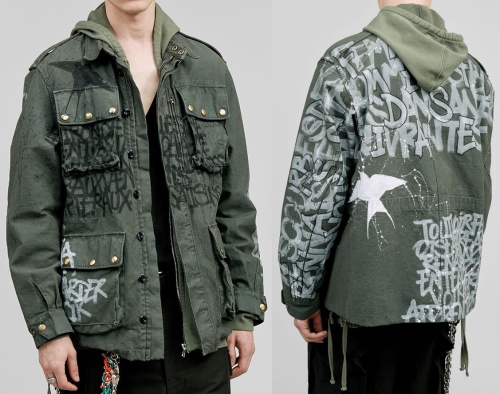 He also wore a pair of skinny jeans in carbon black wash from Ksubi’s women’s collection, which was a bold move that totally paid off. It features zipped leg openings, hazy fading, allover shreds, a single-button closure, a zip fly, a five-pocket styling, and stretch denim fabric. 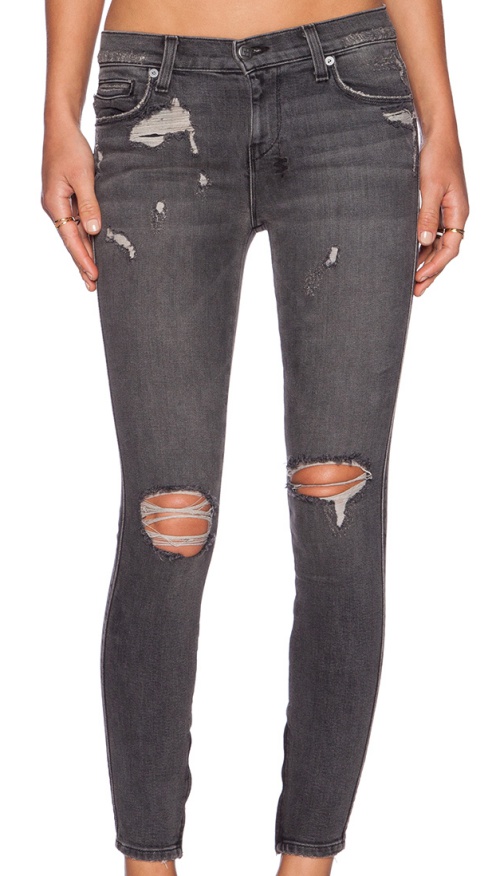 On Valentine’s Day, Zayn graced this year’s pre-Grammy gala with his stunning presence. Sporting newly-dyed pink hair, he smoldered on the red carpet in a crisp white shirt from Valentino tucked into black wool trousers from Haider Ackermann. 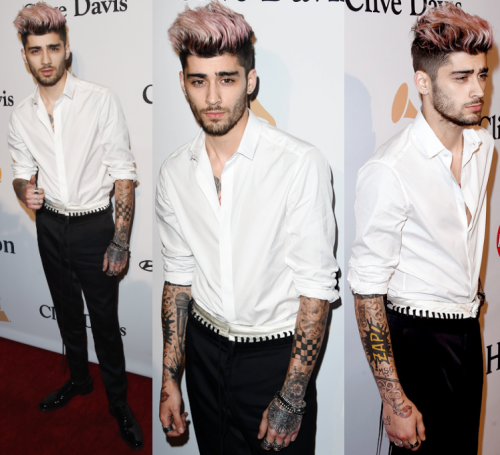 Zayn Malik at the 2016 Pre-Grammy Gala and Salute to Industry Icons honoring Irving Azoff at The Beverly Hilton Hotel in Beverly Hills, California, on February 14, 2016 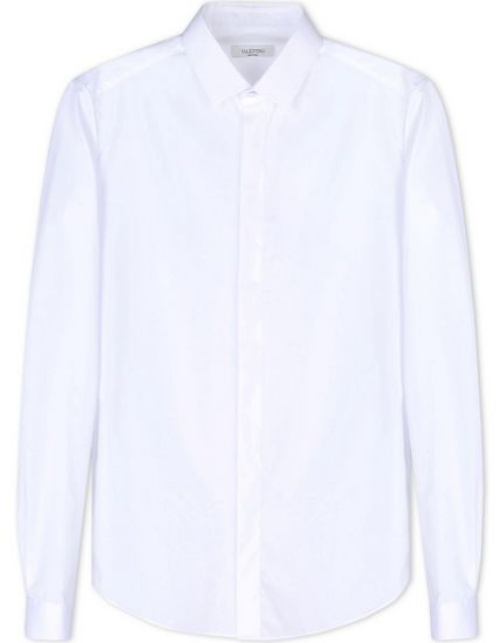 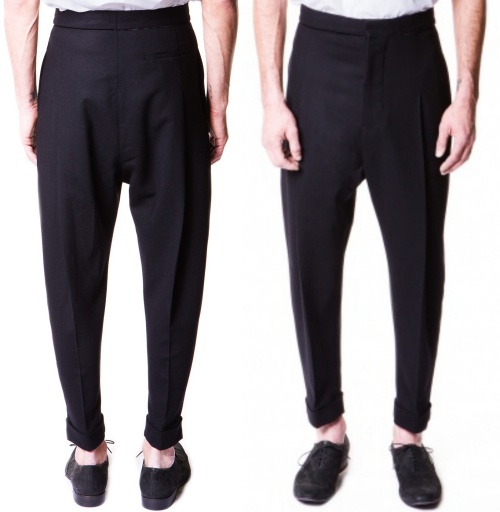 Zayn finished off his look with an assortment of rings from Emanuele Bicocchi and a pair of lace-up shoes from Dsquared2. These shoes feature a lace-up front, calfskin leather, and a varnished effect. 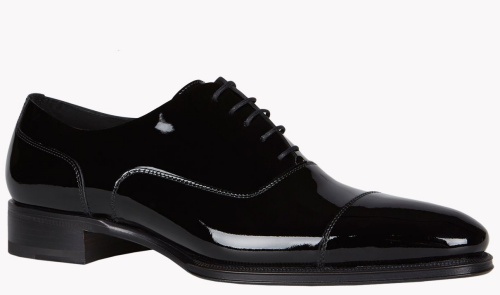 What do you think of these looks from Zayn Malik? Which one’s your favorite? 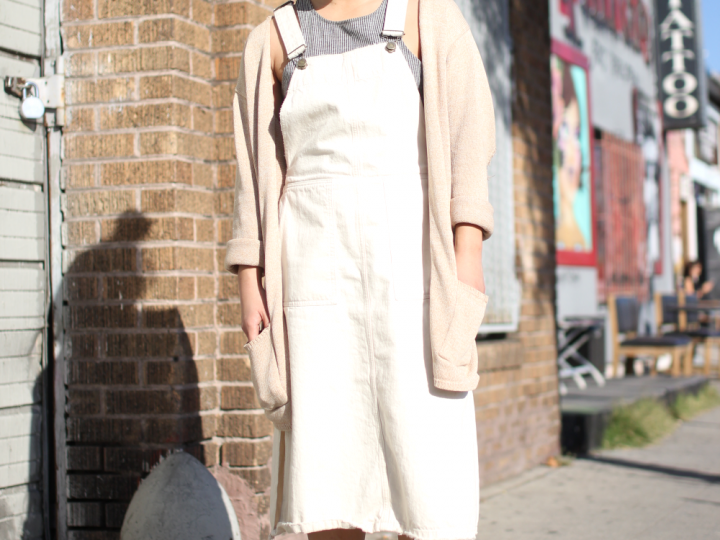 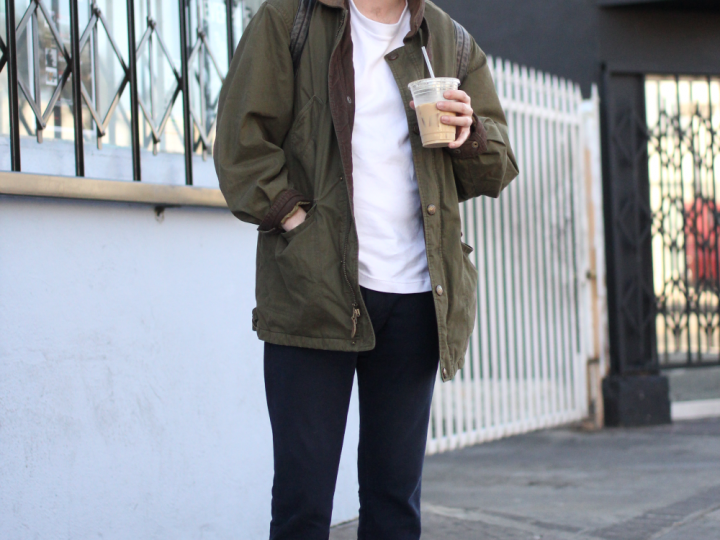