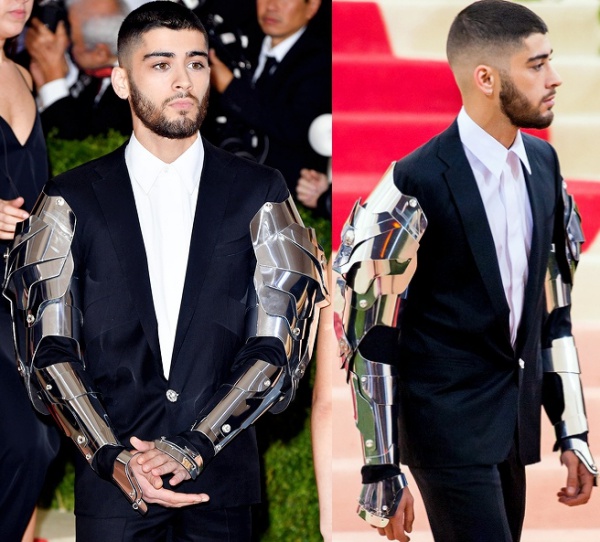 Zayn Malik has been making waves in the fashion industry and making headlines with his sartorial choices. After topping numerous charts with his debut album, Mind of Mine, and slaying his live performances of his latest hits, Zayn has finally graced the red carpet with another high fashion look. He attended the 2016 Met Gala with his model girlfriend Gigi Hadid. Together, the couple embraced this year’s “Manus x Machina: Fashion in an Age of Technology” theme in their custom designer ensembles. 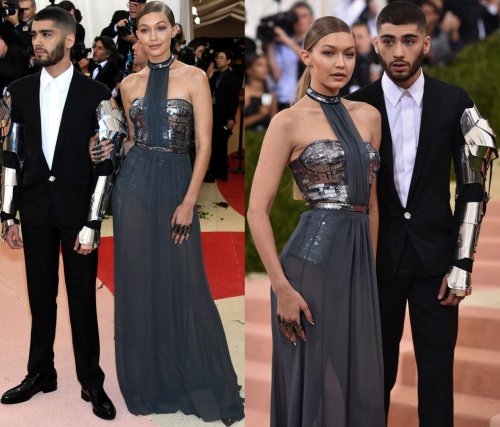 Zayn Malik and Gigi Hadid at the “Manus x Machina: Fashion in an Age of Technology” Costume Institute Gala held at the Metropolitan Museum of Art in New York City, on May 2, 2016

The couple made their first red carpet appearance at the 2016 Met Gala in complementary outfits that embodied the prestigious event’s theme. Gigi wore a grey-and-silver dress from Tommy Hilfiger, which features an empire waist, an embroidered corset, and a sheer floor-length skirt. She styled it with a sleek ponytail and a custom $2000 chrome manicure with hidden crystals underneath the nails. Zayn, on the other hand, took a bold risk with his custom Versace suit that featured metal sleeves of armor, which made his superhero dreams come true. 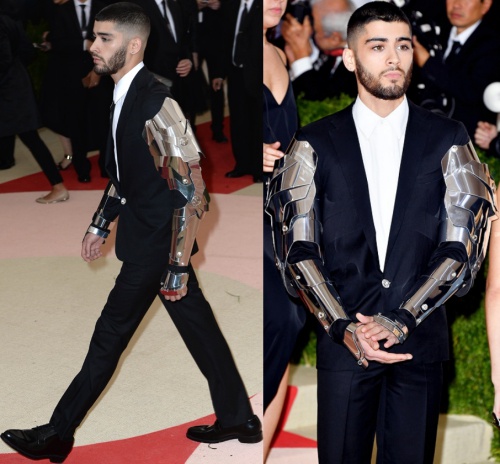 Zayn Malik at the “Manus x Machina: Fashion in an Age of Technology” Costume Institute Gala held at the Metropolitan Museum of Art in New York City, on May 2, 2016

This isn’t the first time that Zayn has caused a frenzy with his fashion choices. In fact, his Valentino look at the label’s spring 2016 menswear fashion show is still considered a favorite by a multitude of fashion editors and style stars. He’s also been killing it in the street style game with his impressive outerwear collection.

The 23-year-old superstar was the talk of the town when he stepped out in an all-green ensemble and taught a masterclass on monochromatic dressing. Zayn wore an olive bomber jacket from Stampd over his Nikelab Essentials hoodie with long sleeves and a front zip closure. His nylon bomber jacket features front flap pockets, nylon straps on the right sleeve and rear waist, a zipped left arm pocket, and cotton ribbing on the cuffs, collar, and waist. He paired it with the Nikelab Essentials TF pants, which feature a contrasting elasticated waistband, a drawstring waist, a zip fly, angled side pockets, a zipped rear pocket, and cotton-blend jersey. Zayn finished off his look with black-and-white Nike Air Max 90 Ultra Essential sneakers. 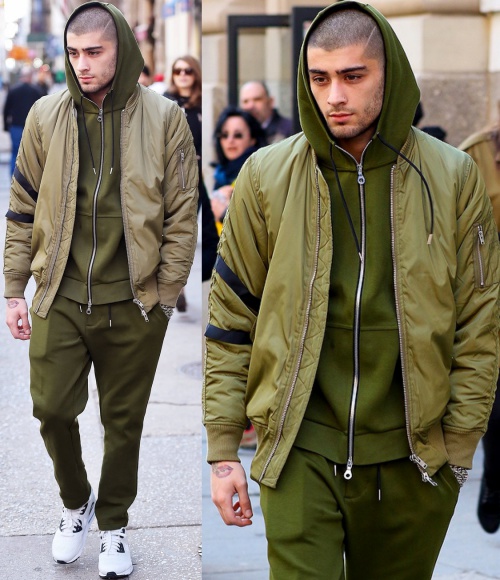 Shortly after that, he performed onstage at the iHeartRadio Music Awards and blew everyone away with his vocal prowess and his sick style. He was dressed to kill in an all-black ensemble, which consisted of a custom black double-breasted jacket with brass hardware from Balmain, slim black trousers, and a pair of custom black boots from Jimmy Choo. His statement rings from John Hardy and Jennifer Fisher provided the finishing touches to his effortlessly cool look. 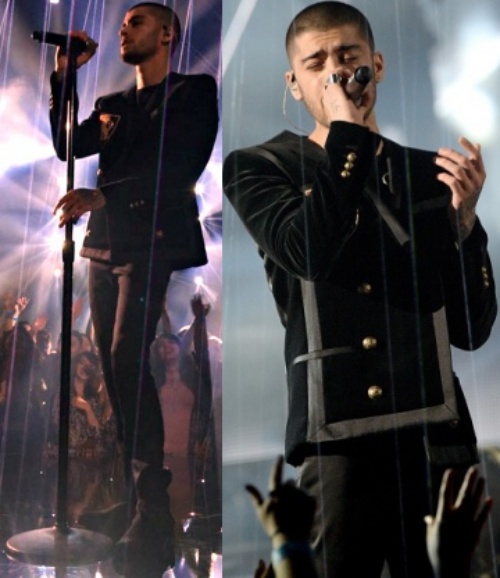 Zayn Malik performing “Like I Would” at the iHeartRadio Music Awards held in Los Angeles, on April 3, 2016

What do you think of Zayn Malik’s and Gigi Hadid’s looks at the 2016 Met Gala? What can you say about Zayn’s ever-evolving style? 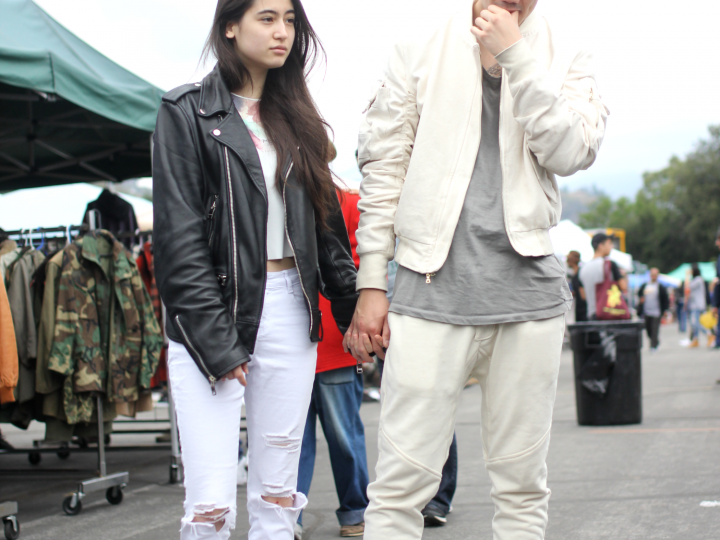 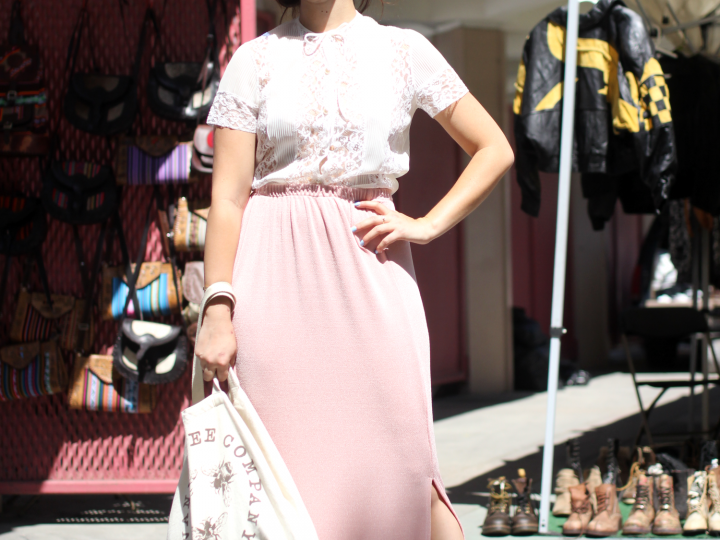